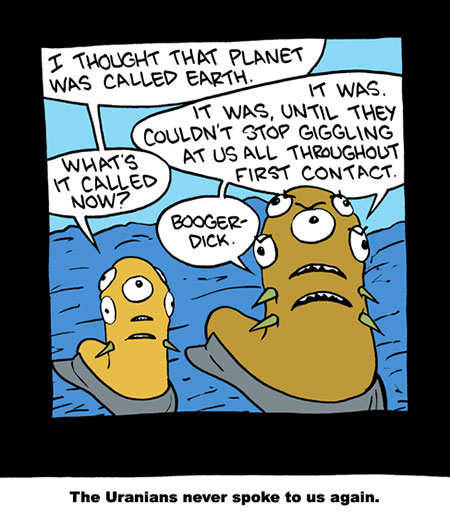 The process of biological evolution proceeded at a snail’s pace at first. It took billions of years to evolve from the earliest single-celled animals to multicellular organisms but it took only a fraction of that time for prehistoric mammals to evolve into humans.

And there are not a whole a lot of aeons separating us from the apes. With the human race, evolution seems to have reached a critical stage, comparable in significance to the D.N.A.

The development of language and modern modes of communication means that the amount of information that can be passed down from one generation to another, non-genetically, is growing exponentially. And that is not just meant as a figure of speech. Over the ten thousand years of recorded history, there has not been a perceptible change in the genetic map of humans—a few million bit errors at most. However, millions of new books are being written every year that add to the collective information database of our species. We might as well go out on a limb here and say that this amounts to a new phase in our evolution, one that proceeds not by altering the information stored in our genes but through “external transmission”.

What this means is that though we might not be any brighter or inherently stronger than our cave-dwelling ancestors, we differ from them because of the vast reservoir of knowledge at our disposal. A reservoir which we are ill-equipped to utilise efficiently, and which more often than not is influenced by our primitive aggressive instincts, referred to as Thanatos or the death drive in post-Freudian literature. What could earlier be passed off as loss of land or conquest of women folk might now result in a nuclear winter. It is easy to argue that feats of modern science like genetic engineering might allow humans to overcome restrictions like intelligence, the death drive, and even mortality. But that very argument should force us to consider the nature of life that will succeed ours. If the humans do not succeed in killing each other, they will eventually run out of resources here. Since interstellar travel is no longer a figment of our imagination, we might even have N.A.S.A. launching missions to colonise planetary systems in other galaxies through D.N.A. stored in cryogenic capsules. But nothing travels faster than the speed of light and even the distances in the observable universe are astronomical. The sheer numbers involved suggest that humans will have to resort to machines in order to implement the inter-galactic version of neo-imperialism.

Considering the amount of intelligence required by the machines in order to undertake such explorations, it is not very incredulous to foresee a future where sentient mechanical beings will take over the mantle of evolution from human beings. After all, life does not need us to sustain itself. We could very well have machines capable of reproduction and self-design, thereby meeting all the requirements necessary to be considered alive (read part two of this series to know why!). If this seems fantastic it is only because our brains have been built by natural selection to assess risks and probabilities that are commensurate with our lifetimes of a few decades—not the geological or astronomical timeline that seems to extend forever in both directions.

During our space travels, we (or the sentient machines) might get to meet some exotic alien civilisation. But given the fact that our scientific reasoning has not misled us so far and that God has not been playing dice in other parts of the universe, the chances of that happening are low. Here’s why. We have seen that it takes billions of years for life to evolve intelligence and it is only ONE of the several possible outcomes. Moreover, life does not need intelligence to survive. There are millions of bacteria living in the most inhospitable of conditions and they seem to be doing just fine. They were here when we weren’t and they probably will be long after we are gone or until the Sun swells up into a red giant and swallows everything from Mercury to Mars. As if that were not enough, it is a minor miracle that our beloved mammals weren’t wiped off the face of the Earth by a comet or gigantic meteorites while they were mating copiously and furiously contributing to the gene pool. Space is huge. Extraterrestrial collisions keep happening all the time and five billion years is a long time to mess around with the odds. Dinosaurs learnt it the hard way and so might we. (The comet Shoemaker-Levy put a huge dent in Jupiter and that is when Jupiter’s is 11 times the size of Earth and has 64 satellites, with its ice rings serving as gargantuan guards). Even if these insane odds were to be ignored, intelligence does not seem to have any long-term survival value. Humans have enjoyed killing not just each other but everything around them as well. What is to stop the aliens from dying as well as a consequence of their own stupidity?

All things said and done, it is indeed a feat of Nature that we exist and possess the faculties which allow us pose and debate questions like these in the first place. That fact can not be denied and should only inspire awe. If it took life the better part of the last three-and-a-half billion years to evolve into such organised complexity, it is because it is so beautiful. If we do not have answers to some of the questions, it is because Big Science and modern cosmogony are the areas where reason and religion often fight for breathing space. However, at the end of the day, one must get one’s sleep. So in light of all this nonsense, it doesn’t seem too imprudent to ignore the harsh, mind-numbing realities of science and deliberate over some existential questions, now does it? I will leave you to it; it has already been too much of a mind-fuck. So long, and thanks for all the fish.

‘Through Time’ is a series of articles that aims to chart our journey through time, from the early beginnings of the universe and origin of life to what promises the future might hold for the continued survival of the human race.