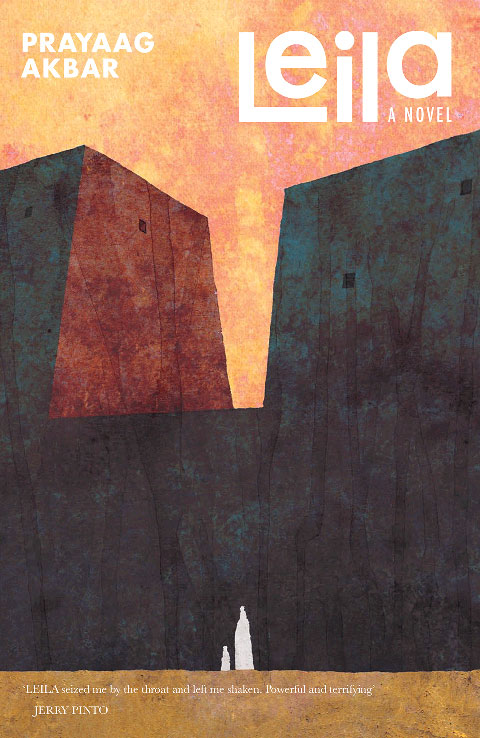 Recently, British alt-rock band Alt-J put out a music video for a song called ‘In Cold Blood’, from their 2017 album Relaxer. It opens with a shot of a wood mouse in a rabbit hole, Iggy Pop’s voice discussing its humble origins with all the solemnity of an Animal Planet commentator. While it lives on birch and dead leaves, he says, it must use its sense of smell to hunt for food and stay wise of predators.

You watch the mouse making its way out, escaping a snake and a wolf, almost-but-not-quite falling to death off a tree branch, and scampering onto the aftermath of a shootout: a terrifying, near-apocalyptic scene, featuring dead or dying humans, beaten up cars, a severed hand, a couple of dead bodies, and a couple of live, bleeding ones making out. All this and more our meek, shrewd wood mouse walks over, under and around, focused completely on its quest for food. It ends with the rodent hitching a ride on a jeep making a quick exit, and Iggy Pop’s baritone again: “If [the humble wood mouse] survives it will be because of a remarkable skill to adapt to almost any new environment on its way to the future. And the future indeed looks bright.”

And it wasn’t just the mouse either. Newspaper headlines about lynch mobs getting away with murder in broad daylight (and in cold blood, as it were), aunties in middle-class living rooms whining about ‘the help’, troll posts on Facebook, a Friday night house party with loud music and free-flowing alcohol, a bill for ‘society maintenance’—I kept seeing Shalini, and her world, in the most (seemingly) innocuous things.

Shalini is the protagonist of Leila, Prayaag Akbar’s debut novel, a story about love, loss, and longing. It opens with her kneeling by a wall, planting commemorative candles in the name of her daughter, Leila, who she lost 16 years ago. Her, and everything else—her husband, home, all she thought she knew about life. Born into privilege, brought up on an ‘English’ education and liberal values, she grows up a part of an urban, upper-class, progressive-minded milieu. The ones who drink, smoke, marry outside community, eat whatever they want, sleep with whoever and however many they want, hire full-time ayahs, have lavish parties in their backyards, have a lot, want for little.

The city that Shalini lives in has grown into a space strictly organised along the lines of ‘purity’: walled sectors by community, its glowing nucleus a pristine oasis of affluence called Purity One, occupied by the rich and ‘pure’, who have access to clean water and parks and high-roads and cars. This order of things was already set in motion when she was very young, so any nostalgia for a more tolerant time comes only from her father. For Shalini, escape came in the form of East End, a section of the city proudly holding forth a ‘bohemian’ way of living. While it lasted.

Everywhere else, aspiration soars high into the skies, but with a caveat—you can dream only if you are born into purity and don’t attempt to prick the hymen of this social contract. Everyone else, all those who could be lumped under the suffix ‘-less’, fester in the in-between, in streets and slums, among garbage bags ballooning with middle-class refuse. Like rodents taken out of their natural habitat, bent on survival.

Now a ‘Tower woman’, Shalini’s been morally detoxed at a camp, the rebellion stamped out of her, obedience programmed in. For moments when passions threaten to get out of control or indeed return, there is badminton. And a pill that’ll send you into a state of paralytic bliss for three hours. For every move made or step taken, there’s a Sharma or a Joshi watching; every conversation bookended with a hearty rejoinder: “Purity for All”. The surveillance is heavy; but no one is as cautious of what she says or does as a mother whose only mission is to find out what happened to her two-year-old daughter on that night 16 years ago, when the mob of ‘Repeaters’ upset a birthday party, killed her husband (Riz, affluent, arrogant) and took Leila away.

Let’s just say she succeeds; but in this topsy-turvy world, success and happiness don’t necessarily go together. Nor do hard work and reward; strategy and outcome; liberation and freedom. Yes, it’s an unfair world, but—here is the core of the novel—it’s always unfair to someone. You just don’t see it till it’s you who must sit on the floor, not the couch; drink from plastic cups, not crystal glasses.

Leila is a simple, straightforward story in a complex world, showing Shalini’s plight at that particular moment when this world is going against you. There are many issues Akbar touches upon: in the social fabric of this city, there is a comment on the idea of communities, imagined (like Benedict Anderson) and insisted upon (like M S Golwalkar). Shalini survives on class, caste, and gender faultlines that are only slightly more etched than what we see around us right now. It’s easy enough to register that this is a time and place altered irrevocably by climate change; and you can see ‘cause and effect’ in play: Shalini and her ilk have brought this upon themselves.

Reading Leila can elicit a range of feelings. Dread. Dismay. Disgust. Toe-curling, gut-wrenching anger. Rage. Outrage. But the one that will really stay with you is despondence. Shalini’s world is not our world yet; but it might as well be. That’s what speculative fiction does (versus science or fantasy fiction)—it exaggerates reality ever so slightly, drawing it out in a thicker pen, saturating colours, making it look harsher, to the point where you can’t tell the difference between fiction and future, illusion and imminence.

It’s what Margaret Atwood does with The Handmaid’s Tale (the comparisons between this and Leila are plenty and not off-the-mark); or Michael Crichton did with Westworld. In 2017, a society that’s reduced half of its population to one function and organ isn’t implausible; nor are sentient sex bots that might want revenge.

Nor is a city with housing societies structured like matrimonial ad pages, or smooth flyovers under which the un-needed rot. Leila’s universe is a lot more immediate than Gilead or a Western-styled amusement park populated with androids. At book launches and interviews, Akbar has resisted the term ‘dystopia’ because it has the unintended effect of introducing distance between the reader and the book’s world. This nightmare is upon us, you can take his word for it.

But Akbar’s biggest triumph lies in his ability to adopt a female voice so completely, you forget this is a male author’s debut novel. In feminist fiction, the idea of a woman’s body as possession, to be kept under lock and key by a society’s guardians; or possessed, when it’s no longer under (their) control is much explored. And it’s not entirely surprising that most writers of feminist fiction are women, writing from lived experience.

With the rare exception, like Tolstoy, a male writer telling a story from a woman’s perspective is always risque. Even Jonathan Franzen has been uneven on this front, and let’s not speak about our homegrown billionaire authors. But Akbar writes Shalini with empathy and respect, a voice completely her own. He makes her solid; hard like the beads of sweat on her lip when she finally confronts her upset world.

You might hate Shalini for cowering, understand her for submitting, feel her delirium. But you will go with her, everytime she gnaws at her proverbial bonds, burrowing deeper into the system. Because, like Iggy Pop says, the future indeed looks bright. And those remarkable skills to adapt are in short supply.