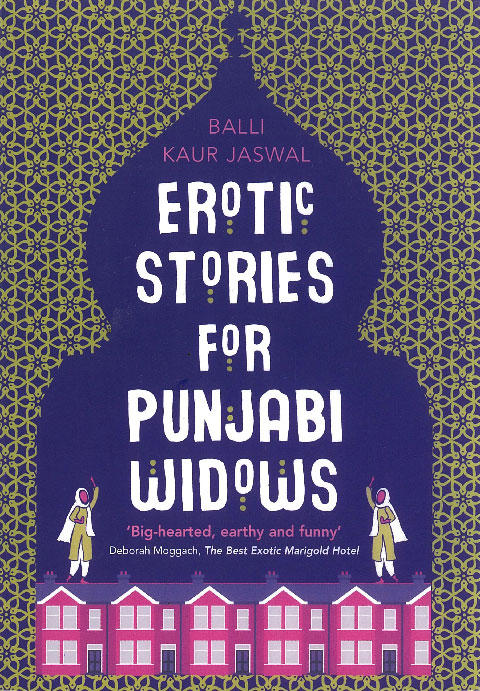 In contemporary Indian society, discussing or acknowledging sexual desire is taboo. The only place where it is begrudgingly tolerated is in the movies, where beautiful young people fall in love (or rather, experience some form of desire), and end up staying together. We don’t talk about the sexual boredom that creeps into bedrooms, and even more importantly, that women’s sexual needs are hardly ever acknowledged, let alone fulfilled. Older couples, especially women, are not even viewed as sexual beings. With movies such as Lipstick Under My Burqa daring to talk about women’s sexual desires, and short films like Khujli willing to look at long-married couples as sexual beings, Balli Kaur Jaswal’s Erotic Stories for Punjabi Widows is the flavour of the season. It takes our assumptions about the (sex) lives of people and turns them on their head, weaving a delightful narrative dripping with desire and lust. The novel starts off with an innocent love story with all the usual conventional elements, but it soon wanders into unfamiliar territory. The story has two protagonists. Nikki, a young British Indian college dropout, has just moved out of her home and works at a bar. As people in their twenties often are, she’s lost, and looking for her calling. She chances upon a call for creative writing instructors while passing through Southall, and decides to take a chance. Kulwinder is Nikki’s boss, an enterprising and uptight Punjabi woman, who is struggling to run special programs for women in her community, much to the chagrin of the male elders. Caught in the middle of these two imperfect protagonists are a bunch of widows. Some are elderly, some are middle-aged, and some are almost young, but what they have in common is their unabashed sexual desire.

It’s hard to digest what’s happening at first, and you find yourself as shocked as Nikki and Kulwinder are, but the beautifully written characters are easy to warm up to. The story moves from one to the other deftly, and closes up with a wonderfully woven climax. By the time we’ve reached the end, not only have we formed a moving portrait of a migrant community, we’ve also learnt to empathise with the most marginalised of them. It teaches us of the schizophrenic lives that many of the young ones lead, in the way they dress, in the way they love, in the way they make love. It also teaches us of the isolation and problems in assimilation many older people face, simply because they live in a country often without knowing a word of the local language.

Balli Kaur Jaswal’s third novel is well-researched, heartfelt, and humourous. A book that defies genre, Erotic Stories for Punjabi Widows nails many things, but most importantly, this is a book that has its heart in the right place. It poignantly chronicles the everyday misogyny that informs the lives of women whose husbands have either died or abandoned them, and allows the characters enough wiggle room to break out of their oppressive surroundings and rebel in small ways. The book also deals with the parental pressure young people face to get married, the stigma that comes with a divorce and the shame and silence that surrounds broken marriages and homes. Everyone is juggling an identity crisis of sorts. One has grown up with British values but wants to find a husband in the traditional way. Another one is unable to tell his lover about his failed marriage. Yet another (seemingly) abandons her British lover for a man of her own community, if only to keep her mother’s izzat and avoid being ostracised. A devout wife musters up the courage to separate from her cheating, abandoning husband. An octogenarian widow inadvertently confesses to a clandestine affair from long long ago.

One of the best qualities of this book is that is brings a lot of issues to the fore without once sounding preachy. It deals with honour killings, vigilante community policing, murder, forbidden love, and a lot more. It manages to bring to the fore issues of language and identity, in extremely mundane conversations and settings. It raises questions of belonging, of growing up split between two cultures, and of finding and coming to terms with one’s identity. It deals with loss, of bittersweet memories that linger after one’s passing, and of the guilt that creeps up on us because the last thing we said to them was not something kind.

Through Nikki’s eyes, we see old women turn into bashful young maidens and speak of their desire with authority and confidence. They reveal the tricks of a trade hardly considered theirs, and speak of phallic vegetables, ghee, and surreptitiously made wooden dildos. They tell stories, which leave us guessing as to their truth; did it happen with them or are they making it up? They love their husbands and their lovers, they please themselves, and they make love as equals. Their stories span from kink to homosexuality, and the sheer absurdity of the situation is utterly delightful. Through Kulwinder’s eyes we learn about tragedy and loss, guilt and sorrow, and ultimately, redemption.