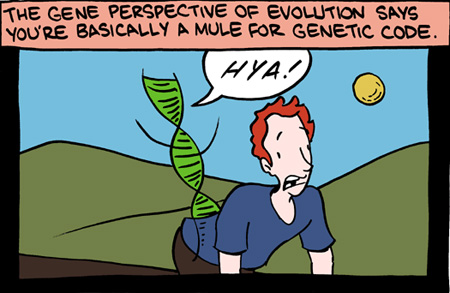 Once the universe had started expanding and the laws of physics came into existence in their present form, it was a only matter of time (approximately 200 million years) before slightly denser regions of nearly uniformly distributed matter gravitationally attracted nearby matter, thereby forming stars, galaxies, gas clouds, and other celestial structures observable today.

The earliest Solar System material was formed around 4.56 billion years ago and within 10-20 million years, Earth and other planets of the solar system had formed out of the disk-shaped mass of gas and dust left over after the formation of the Sun. Initially molten, the outer layer of Earth cooled to form a solid crust once water started accumulating in the atmosphere. According to the best available estimates, life appeared on Earth within one billion years of its formation.

This brings us to the second important question: how did life originate? To compound our problems, before life begins and evolves into anything complex, we must try to answer the more elementary question: what does it take to be alive? What minimum requirements must one meet in order to nourish life? Atoms can move, change their form, and do all sorts of callisthenics. Would you consider them alive? In his excellent book The Blind Watchmaker, Rickard Dawkins explains that there are three properties necessary for life to sustain and, more importantly, renew itself through the processes of ‘natural selection’—replicability, mutations or errors in replication, and the power to exercise influence over the process of its own replication. There must come into existence, through the laws of physics, these self-copying entities or “replicators”.

The very first replicators were probably not D.N.A. molecules for they are far too complex to have arisen spontaneously. The odds against such an event happening are astronomical; even the life of the universe is not enough. They were cruder, simpler versions of D.N.A. molecules that used even simpler building blocks to churn out their own copies. So we have these replicators going at it like rabbits. Each progeny is exactly the same as its ancestor and continues to behave in the same manner. In a perfect world, where the supply of raw materials is infinite, this population of molecules would have grown indefinitely. However, that is never the case; which underlines the significance of the other two properties.

Occasionally, as should be expected, errors in duplication—mutations—occur that produce an ‘offspring’ molecule that is either better suited or ill equipped to face its environment. In case of the former, it becomes more adept at the game of survival and is able ‘live’ long enough to pass on the errors it inherited to successive generations of daughter molecules which slowly outnumber the original ancestor type as the struggle for resources heats up. The forces of natural selection weed out any of the ‘weaker’ molecules in this colony, thereby producing increasingly sophisticated descendants that are better adapted to survive in their environment and which evolve over the course of millions of generations into complex life forms like humans. But how did these replicators first come into existence? What were the first entities that possessed these unique properties?

There is no magical wind that breathes life into mere bones and flesh, even if that is what the Book of Genesis or other religious scriptures would have us believe. (Had Darwin lived in the medieval ages, he would have probably been the focus of a massive inquisition, subjected to some pretty humiliating ridicule, and then subsequently burnt at the stake.) So there must be a rational explanation for the first ‘living’ compounds. The family of theories which holds favour with a majority of the scientific community is based on an organic primordial ‘soup’. It presumes that ancient earth had an atmosphere composed primarily of gases like methane, ammonia, carbon dioxide, and water vapour, with a bolt of lightning thrown in for fun. Long story short, this particular hypothesis claims that the simplest forms of self-replicating molecules came together in this primeval soup in the form of simple organic compounds like amino acids and then evolved into better and bigger things, namely the D.N.A./R.N.A./protein genetic machinery.

Another interesting school of thought, which I have chosen to discuss here and which gained ground during the 1980s, was proposed by Graham Cairns-Smith. Known as the Clay Theory or the inorganic mineral theory, Cairns-Smith’s view of the D.N.A./R.N.A./protein machinery is that it came into existence relatively recently, about three billion years ago, after usurping a function that was previously served by self-replicating inorganic crystals like the silicates. Once this happened, D.N.A. proved to be so efficient in storing and reproducing genetic information that the original system was cast aside. This conjecture gains credence when you consider the fact that the initial process of replication should have been crude enough to come into existence by ‘chance’ or single-step selection. Now, in crystalline form, atoms or molecules have the tendency to slot together in a particular fashion because of the stability of such an arrangement. The same atoms may choose to crystallise into more than one type of configuration. Every part of this crystal is exactly the same as another—endless rows of atoms extending in every direction. So far so good. But how about reproduction mechanisms? Mutations, errors, and consequent adaptation or extinction?

[Here I must impress upon you the importance of reproduction for all life forms; more vital than the capacity to survive is the ability to reproduce because that is the single most important factor ensuring the continuance of the collective genetic pool. It would seem counter-intuitive but we exist for the benefit of genes rather than the other way around. We are nothing more than mules relaying this genetic information from one generation to another. Genes first came together in cooperative structures, like a living organism, just so that the community could prove to be beneficial for all the constituent genes. Otherwise, they would still be competing replicators in the primordial soup.]

Coming back to the crystals, atoms or ions floating around freely in solution have a tendency to join the layers of atoms on the surface of a crystal that is introduced into the solution; a process known as seeding. They simply latch onto the existing structure and keep on adding layers to it. Crystals have also been known to form spontaneously in super-saturated solutions; but that is not very relevant to this argument. What’s more important is that when they these atoms/ions do crystallise, microscopic flaws may appear in the structure of the crystal—a layer cleaved in half or inclined to other layers at an angle.

As the crystal grows, it sometimes snaps under the strain (such parameters for a particular arrangement would be governed by physical laws), thereby spawning a generation of daughter crystals. The properties and flaws of the ancestral crystal type are preserved in successive generations unless there is another accidental mistake in crystal growth—in other words, mutations. If one type has a greater tendency to ‘bend and break’, we would have a very simple version of natural selection going—the solution would exhibit progressively higher concentrations of the ‘fitter’ crystal, the one with the shorter reproductive cycle. Masses of clay crystals of a particular form might also have the power to exert influence over their external environment in order to improve the chances of further replication. For example, a ‘stickier’ variety of clay is likely to cause sedimentation in a river bed, creating an environment conducive for crystallisation from the silt. By damming, it might even manipulate flow of the stream, thereby extending its influence to other previously ‘uninfected’ territories. Some crystals might make conditions hard for ‘rival’ crystals that compete for raw materials while some might become ‘predatory’ by breaking up their competitors and using their elements as building blocks. The possibilities seem endless once natural selection is set on its course! The clay does not ‘want’ to continue existing but these are just incidental consequences of the properties inherent in the crystal. Imagine the poor crystals pondering over existential questions like we might!

As these simple replicators become more and more complicated, they devise tools—catalysts, blueprints, etc.—that assist in their reproductive process. Organic compounds have often been closely associated as catalysts in synthesis of inorganic compounds. Even champions of the primordial soup hypothesis concede that inorganic compounds were vital to some of the organic reactions that led to the origin of life. So we can very well turn the argument on its head, take a leap of faith, and speculate that the first proteins and nucleic acids like R.N.A. were actually synthesised by the complex clay replicators for their own purposes. The fact that this doesn’t seem so incredible is why I feel this audacious theory may be right! The final act in this elaborate ‘tragedy’ is staged when these very tools affect a “Genetic Takeover” from their clay vehicle, becoming an independent modus operandi for reproduction; a means that proved to be so successful that it has continued till date. But, have you ever asked of yourself, for how long? Well, I suggest you read the next article to find out!

‘Through Time’ is a series of articles that aims to chart our journey through time, from the early beginnings of the universe and origin of life to what promises the future might hold for the continued survival of the human race.