Being an ardent fan of anything that comes out of Deerhunter lead singer Bradford Cox’s mind, I was wary of turning my review of Halcyon Digest, the band’s latest offering, into a gushing love letter. A couple of listens of the album later, I realised the utter futility of such caution. I honestly thought Deerhunter couldn’t get better after 2008’s spectacular Microcastle, but they did.

Deerhunter’s sound is characterised by a peculiar sense of careless elegance, something that is itself put together with a strangely self-referential careless elegance. It is one of the best bands in all of music today: Consistent in its sound, in its improvement, and in its ability to amaze with understated and almost unintended simplicity. The band’s albums necessitate at least three listens: One where you’re just basking in the sound of the album, one where you’re listening to Cox’s exquisite (and even more rarely, correct) use of stream-of-consciousness lyrics, and one more listen where you’re listening to these lyrics mesh perfectly with the music you’ve already adored. It’s always like a trip into a musical wonderland that must exist in the hypothetical conjunction of the minds of these four gifted artists. And it’s no different on Halcyon. Each note is quirky, but absolutely perfect. Bradford Cox’s voice lazily meanders here and there, but you hear the Divine Ratio in it. Moses Archuleta’s drumming may be off by a beat, but you can only appreciate the endless beauty in its asymmetry. It’s like the shiny first few weeks of being in love.

The album begins with ‘Earthquake’, full of wavering dream-pop vocals, repetitive beats and exaggerated upswings. The clear Animal Collective influence comes from Ben Allen, who mixed the sounds for that band’s last two releases. The following track, ‘Don’t Cry’, with its cascading refrains and jangly guitar pop, sounds like the love child of the Shins and Logos, the latest album of Cox’s side project Atlas Sound. The somewhat random ‘Revival’ consists of echoing vocals and insistent drumming—a combination that shouldn’t work, but of course, it does work, like correctly tousled just-out-of-bed hair.

Guitarist Lockett Pundt sings on ‘Desire Lines’, while Cox mumbles by in the background. This magnificently unfolding track comes across as a confluence of non-sappy Death Cab and overly-optimistic Beach Boys. Another song which unfurls rather grandly is the album closer, ‘He Would Have Laughed’, which was written in the end by Cox alone as a tribute to the late Jay Reatard.

‘Memory Day’ is almost Christmasy, like a Walkmen song with rounded corners and fuzzy airiness, while ‘Helicopter’ sounds like Animal Collective hanging out with the Beatles in a sepia-toned underwater dream. ‘“Coronado’, with surprising clarity and assertion, accentuates Deerhunter’s callback to old-school blues by featuring a gauzy saxophone that intertwines seamlessly with the vocals. The drifting ‘Fountain Stairs’ is perhaps the weakest song on the album, but for any other band it could still work as a single.

The best songs on the album, however, are ‘Basement Scene’ and ‘Sailing’. The former has the most tangible link to Atlas Sound of all the tracks on the album. Veering equally between a stoned nursery rhyme and a lullaby on mushrooms, it features clever lyrics about alternatively wanting and not wanting to get old. ‘Sailing’ is matched only by the xx in its minimalism and use of negative space. One of the most beautiful and stripped down songs ever, it is perfectly named, because it sounds (musically, lyrically) exactly like a boat floating aimlessly at sea. It just may be the Poster Song of Shoegaze: “You learn to accept whatever you can get,” Cox repeatedly muses.

The most brilliant thing about Deerhunter is that its the only band out there that reminds you of indie music before all the hipsters and all the pretentiousness. It gives you that lost exhilaration of truly falling in love with an album, a feeling that fades fast after the initial days of musical exploration.

And in that way, it’s perfectly named. A halcyon is a mythological bird that quells the coldness of the winter solstice, as does this sunny pop record. Halcyons of youth refer to the portion of life that you build up in your head as the Golden Era, which is probably also the time when you listened to music for exactly what it was.

Halcyon Digest is a revelation. Don’t miss out on it. 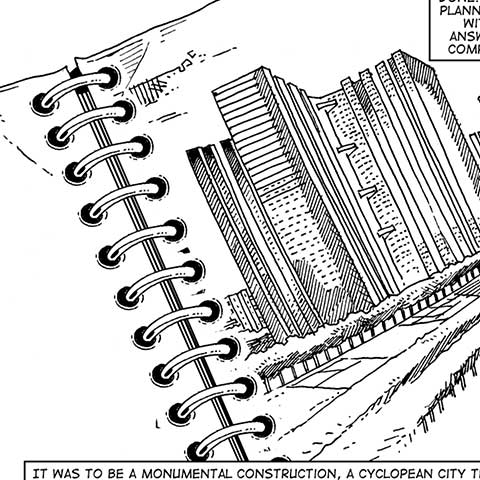