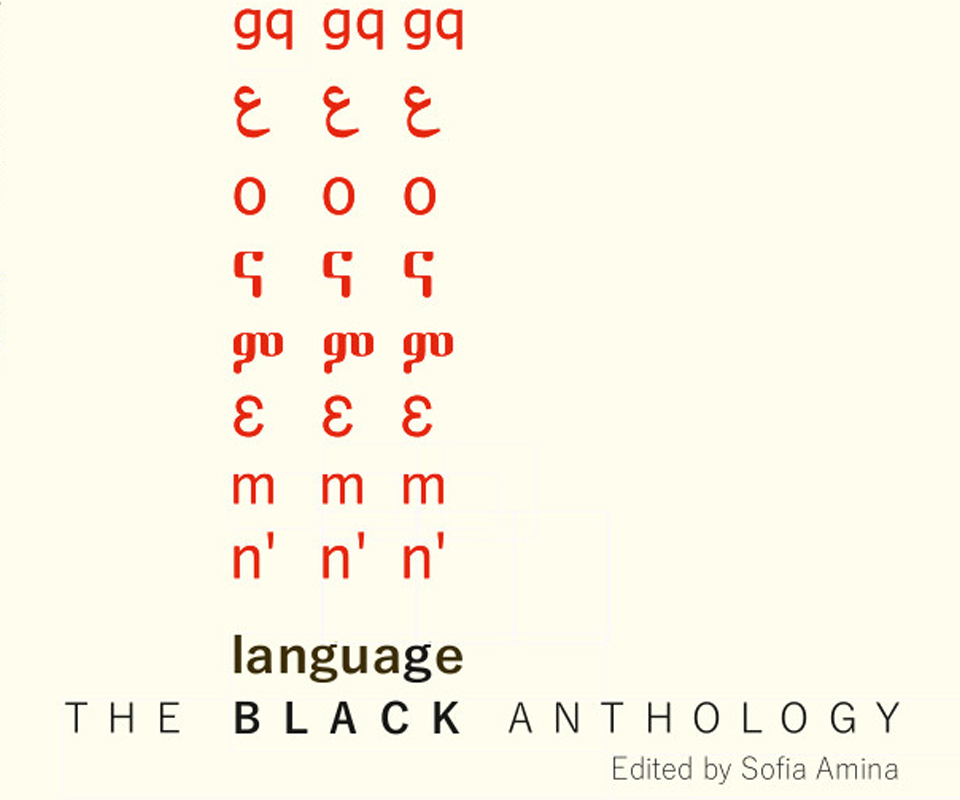 Language and culture, through literature, film, theatre, and music, embody ideas and thoughts that shape how we perceive ourselves— as individuals, a community, and in relation to the rest of the world. Art thereby grows into much more than just a form of creativity; it becomes a form of resistance and liberation, of breaking free.

The Black Anthology: Language, a collection of poems, short stories, and illustrations, paints a vibrant picture of what it means to be Black in the contemporary world. Offering snapshots of the multidimensional world inhabited by the Black community, in a range of languages like Swahili, Amharic, Kiswahili, Nigerian Pidgin English, Arabic, and Shona, the collection wields the power of language to reclaim Black identity and culture.

The anthology is the second release from artist-owned micro-press ૧૦:૧૦ Press. Publisher Sofia Hafeji declares in a note at the beginning of the collection: “The Black Anthology series is about the historical, present and future Black, without the need or prerequisite to explain, justify or create art to suit the perception of Black.” In her closing note, Hafeji writes that the diverse contemporary voices in the collection “speaks to the past, and the past replies with certainty, knowledge and strength”. The Black Anthology subverts and resists the White standard of publishing through unapologetic Black voices that do not adhere to italicisation and prompt translations.

Colonial forces stripped various parts of the world of their languages and culture, as a ploy used to control the psyche of the people, thereby infantilising and disempowering whole populations. Ideas of Africa and the so-called “developing world” are still largely shaped by Western thoughts and ideals, and hence, investing in one’s own culture and resources is vital to forging a collective identity that is not tainted by colonial prejudices. The writers in The Black Anthology: Language achieve this by reflecting their culture with pride and in all its brilliance.

Indispensable to the Black identity, the symbols of hair, skin, and food recur in the pieces that make up The Black Anthology: Language. Tanatsei Gambura writes in ‘The Conception of Tragedy’, the poem that opens the collection, about the “blasphemy” that is the child who cannot wrap their tongue around their own name. The suffering of native tongues mired by cultural hegemony reappears throughout the book, along with other themes like the violence that marks the lives of a large part of the Black community.

In ‘My Brothers’, Meron Berhanu writes about the systemic violence that Black people are faced with. She employs an unpolished and conversational tone to capture the deep distress of lives smeared by violence and injustice. The poem ‘Blackout’ by Brendon Alekseii is especially powerful, with the concept of blackout poetry metaphorically used to signify the discrimination and violence against Black people.

In ‘Mystic Treats’ by Meron Berhanu, the protagonist fondly remembers how their daughter took stew, tibs, and kitfo, with injera in her lunchbox to school “despite the strength of its aroma”. ‘Them Wild Boys Under the Mango Tree’ by Brendon Alekseii is a poem about a group of schoolboys hurling stones at mango trees for the ripe fruit, unquestioning of the casual violence.

Thembe Mvula’s ‘I Know Your Scalp Like the Way Home’ gently symbolises skin and hair to reflect on the deep connection and belongingness that one feels for their own country.

Hafeji mentions Kenyan author and scholar, Ngũgĩ wa Thiong’o, as an inspiration for The Black Anthology. Ngũgĩ, who passionately wrote in his tongue, Gikuyu, believes that resistance is the “best way of keeping alive”. And The Black Anthology: Language seeks to resist; to reclaim and redefine the lived experience of Black people through the compelling voices that it amplifies.