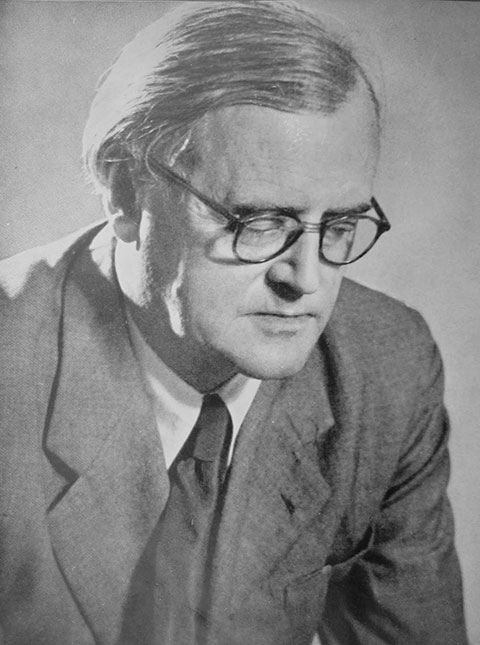 Book Review: The Lives of Others

2014 has been a frightening year so far. A plane carrying three hundred people was shot down for no apparent reason (other than that it happened to be where it was). Israel decided that launching a wide ground offensive with the sole purpose of maiming, killing, and destroying civilians was something that could be done without too much hassle or consequence, and the Delhi police brutalised people for protesting against that.

Throughout the world, mad, genocidal swarms are descending upon cities in the name of religion: I.S.I.S., the Lord’s Resistance Army, the Boko Haram, and our very own home-brewed R.S.S. Even the most resilient optimist would despair at such a time, and most of us are cynics on the best of days. More importantly, most of us feel that there is nothing to be done—nothing at all. Mute spectatorship is the riding thought of the day. I briefly wondered earlier if I should refrain from writing an article. There is nothing I can write at this moment that will be relevant without being hideously useless or trite. I have no analysis to offer, no solution to invent and no intelligent observation to make that can make the tiniest difference to the horrors that are taking place. My grief must remain an impotent, and frankly, unimportant grief and the solidarity that I can offer—that I am offering—only a well-meant gesture.

Instead, after much consideration and not a little trepidation, I have decided to offer a remembrance of a voice that upheld all the values that are in a dire need of celebration right now. The individual I will be talking about has been all but forgotten by most—historians, textbook planners, politicians, and particularly our clueless lot, who know so little about the intricate complications of the history of India and who have grown up under the slightly unsteady statue of Gandhi waggling his finger at the faceless mass that is ‘the British’. As all conflicts are later narrated, as no doubt Israel and Palestine will be narrated to the yet unborn, there are clear-cut villains; often a collective standing in the way of clear-cut, chiseled-jawed, looking-into-the-future heroes. In the memory of the Raj, amid the stock figures of the colonialist missionary, the nationalist, and the puritan Hindu reformer, certain less clamouring personalities that had inconvenient sympathies and uncertain, fluid identities got silenced. One such solitary amphibian was Verrier Elwin. This Oxonian theologian came to India as a missionary in 1927. He then proceeded to renounce Christianity, become an anthropologist and studied and defend the tribes of Madhya Pradesh throughout his life.

In between 1927 and his death in 1964, Verrier Elwin formed the Gond Seva Mandal along with Shamrao Hivale, an Indian Christian who became his best friend and commemorator, and lived at a Gond village for years, becoming one of the few anthropologists who ever relinquished their distance to the tribes. He also oversaw the creation of Arunachal Pradesh and ensured a tolerant policy from the State. During those 37 years, he wrote over 15 books, two of which were novels. Out of these, eight are now out of print. Even the others are extremely hard to find. It took me days to track down a copy of Leaves from the Jungle in one of the best network of libraries in the world. In fact, the only recent scholarship on Elwin that I was able to get my hands on was Ramachandra Guha’s 1999 biography Savaging the Civilised, a comprehensive if problematic account of his life. Clearly, very few remember this man.

Guha’s book has not received the attention it deserves either. It is a painstaking project, tracing Elwin’s life from his impassioned but hearthside days at Merton College to the turbulent, often impoverished times in his later life. Guha addresses all the sides of the story: Elwin’s deep, unguided secularism, his endless, mountainous support for the Baiga, the Gond, and the N.E.F.A. tribes (the present Arunachal Pradesh), among others, his often troubled relationship with the puritanical side of the Congress, his break with Gandhi, and his isolation in his final years.

Elwin is not hard to write about; he was a fascinating man. He was described by a journalist as ‘very healthy, blue-eyed, and happy’, a decade after his time in the forests of Mandla, in the proximity of deadly mosquitoes, snakes, disgruntled policemen, and the obscure country liquors that Elwin seldom refrained from tasting. His photographs—only a few of which have survived—verify this description. But more than anything else, it is his own writing that provides a clue as to how Elwin managed to force a buoyant, often flippant disregard for the dangers of his life and the social difficulties that accompanied his precarious existence. Here is an extract from Leaves from the Jungle—it was written during the onslaught of a bad gum infection:

The Persian gentleman may have had access to early-morning luxuries but no one was richer than Elwin when it came to possessing a brilliant sense of humour in the face of adversity. Although he was often described as the quieter, more brooding leader to Shamrao Hivale’s jollier, more practical chhota-bhai persona, the duo could not have made it through the years of isolation from city life and conveniences without Elwin’s perennially hopeful disposition. It would be easy, sitting in these times of terror and despair, to think that Elwin’s cheerful optimism was a product of his times; that the conflicts then was simpler, more isolated and the idyllic surroundings of tribal life, in particular, left a sizeable space for the imagination of better things.

What makes Elwin’s writing so relevant is the fact that in many ways, he was fighting the same battles that the contemporary liberal scholar is fighting.

But how naïve such thoughts would be. What makes his writing so relevant is the fact that in many ways, he was fighting the same battles that the contemporary liberal scholar is fighting. Elwin had arrived in India to work for the Christa Seva Sangha, a proselytising organisation that had bloomed under the leadership of J. C. Winslow. In his own words, the fresh theology graduate of Oxford had thought that his experience with the Sangha would be one of ‘scholarship, mysticism [and] reparation’.

But within months this self-assurance broke down with the witnessing of the British repression at the refugee camps and his first meeting with Gandhi. Theological tolerance, and eventually atheism began to take hold of him even as third-person accounts went on calling him ‘Father Elwin’. By September 1931, within four years of his coming to India, the ties between the Christa Seva Sangha and Elwin had been severed. The Gond Seva Mandal became autonomous.

As it became independent of the proselytising agenda of Christa Seva Sangha, the Gond Seva Mandal unfurled into a liberal body dedicated solely to Gond welfare. It fitted in with neither the Christian nor Hindu puritanical attitudes of that time. Elwin went on to reject the Gandhian ideal of celibacy and actively defended the polyamorous practices of the tribes he stayed with. In time he would go to write a book on the sexual practices of Muria tribe, titled The Muria and their Ghotul. Guha quotes Elwin’s support for the Muria view that ‘sex is a good thing, healthy, beautiful, interesting, the crown and climax of love’.

Elwin’s critics accused him of trying to win over readers with photos of half-naked tribal women. Throughout his life, Elwin was a supporter of gender equality. He spoke with admiration of the temporary marriages among the Baiga, where the women often took multiple lovers and married a number of times. He went on to marry Kosi, a Baiga woman in 1940, marking him out as the only anthropologist of his time to officiate a relationship with a tribal woman. His British family and friends found this act unnecessary and embarrassing and future scholars found it exploitative and selfish, suspecting that it was solely undertaken to study the tribe better. Yet, although Kosi did help the cause of tribal studies, the surviving letters that talk about the marriage show a remarkably free relationship, even an open marriage.

During this marriage he worked with the authorities, often liaising with governors and police commissioners to try and get a better deal for the tribes. His informed cultural primitivism enabled him to demand a certain degree of isolation and protectionist policies. In the 1930s and certainly after 1947, these tribes were facing policing, neglect, and downright persecution at the hands of the industrialising government and a very unsympathetic urban culture. He tried to prevent as much damage as possible, and his long friendship with Nehru was eventually instrumental in the creation of the N.E.F.A. in 1955.

Elwin’s lasting friendships with Indian artists, politicians and intellectuals were only an effect of his increasing self-identification as an Indian. After the Independence, he applied for Indian citizenship, which he got after some haggling. At this point he was in his second marriage—with Lila Elwin—and a father to two boys. He began working formally with the new Government of India after this and involved himself with the rising problem in Nagaland the same way he had worked for Arunachal Pradesh and Madhya Pradesh a few years earlier.

Throughout his life, Verrier Elwin had juggled a number of clashing sensibilities: the voices of his mother who never left Oxford, his friend Shamrao Hivale, the conservative Indian, the political alliances that shifted throughout his life and those of the tribes he defended crowd his writing. Suspended at the perfect mid-point between conflicting, militant ideas and self-interests, Elwin tried to stand by the underdog throughout his career as an anthropologist.

His birthday is less than a week from now, on August 29. I hope he is once again remembered, discussed, and studied. At this angry time when the rights of minorities are under threat throughout the world, Elwin’s example of witty, smiling, and diligent humanitarianism, and his tireless respect for human rights make for hopeful reading (and even more hopeful thinking). I would like to end with another diary entry by Elwin, made on October 20, 1934:

Our company of workers is now really representative… There are Christians, Hindus, a Brahmin, a Mussalman, Gonds; polygamists, henogamists, monogamists, celibates; polytheists, henotheists, monotheists, theists, animists, pantheists, monists; vegetarians, egg-eaters, rat-eaters, beef-eaters and those to whom even the dung of the cow is sacred; bacon-eater and those to whom even the smell of the pig is anathema, all united. How nice it is!