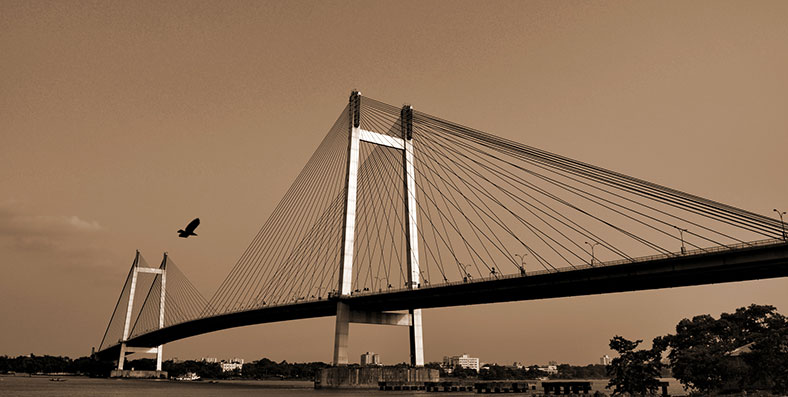 Recently at a dinner with a friend’s family, we had somehow run out of things to talk about. After a few feeble attempts at small talk, I decided to turn to the inevitable conversation saver: I mentioned that I was from Calcutta and it turned out that my friend’s parents had lived there.

“So,” I asked, “What did you think of the city?” After a few comments about the beautiful people, the nice weather, and the ‘cultured atmosphere’, a full-blooded response shot out from one end of the table. “Oh, Calcuttans,” someone cheerfully said, “They are so political; they always have something to say about things… these addas and what not, such strong opinions. Sometimes I start talking to them and then wish I had not started.” My back straightened before he finished the sentence as I prepared to disagree with a vehemence that I reserve for people trying to tell me unpleasant truths. However, before my response could break through, I realised two things: that it was not really an insult to call someone political, and that in the past year I have had less than five conversations with my friends back home that have not had that quivering anticipation and vitality that pass off as righteous indignation in political discussions. We have raged, moaned, and (sporadically) rejoiced about the state of affairs. I ended up having a lively, impassioned discussion for the next hour about politics that invited the ire of the civilised mothers and grandmothers at the other end of the table, who feared that the agreement that we had all come to would cease to exist and leave only the shouting. The conversation had inevitably steered into the choppy waters of politics and political ethics, and as the discussion thickened, a number of questions began to fly into the original question: how to improve this mad, mad country. Soon, over jasmine rice and prawn curry in a rainy town in another continent, our unmistakable, loud Indian voices had mingled: cynical, hopeful, naïve, and enraged.

Perhaps it was my unresolved, pent-up anxieties about the homeland that managed to infect the air and turn everyone into political animals for an evening; perhaps it was my Bangali head that thrives on the indignation, the excitement, the illusion of real-time achievement concocted in the raising and silencing of voices. Even so, the fanatical edge of a single voice can be soothed in the company of the calmer and the wiser. In this case, my anxiety had found mirrors.

As I walked back from the restaurant, I realised that I felt better.

When I had left home the last time, the election hysteria had only just begun to brew. After coming back I had spent each morning reading the news, trying to make sense of the frenzy that the entire country seemed to be in: the fervour, the name-calling, the incessant hate, the swampy personality cults. With exams around the corner, it became harder and harder to keep myself in the loop, to duck and ride the deluge of information—accusation, counter-accusation, statistics correct and incorrect, dates and numbers and the face of an yet uncrowned demigod haunting every single piece that talked about India. This choking wave of political awareness had arrived without much warning, without the time to prepare for it, and it had picked me up, like many others of my generation who had tried so hard to float above the dirty word that politics used to be.

It is silly to ask what comes first—the hatred or the politics.

At school no one ever spoke about politics, except to whisper about the underclass of corruption and violence that was everywhere our guardians were not. The middle-class kept its children pure with Cartoon Network and the clipped N.C.E.R.T. Social Studies textbooks. There was only the history of the Dandi March, the Partition and the Emergency, and then the disconnected, hazy present of the television blaring out the raucous debates between old men, each screaming out a cheap reproduction of a dead belief. No wonder we were so apathetic. Politics, we thought, was for the goons, for the poor, for the easily cowed. We, the canny, successful children of the cities, what need did we have for reading the boring news? Political science would remain for the class tests and newspapers for film reviews. This insulation continued for years. Even now, I cannot look back and pin down the moment when things began to change. The speeches about the Indo-Pak war had passed me by in my little child-peace. Godhra had only throbbed in the head for a few days before it disappeared. Had the Twin Towers made it? A bit, and only because of their unearthly scale and horrid magnificence. The 2000s and I passed through each other, barely aware. Being a Calcuttan, being a Bangali had not made any difference and the glaring eyes of our guardians had reserved a firm distance from student politics even after the school-gates were crossed.

Yet now, four years since I have left school, I find myself reading, cramming, arguing and struggling with the erstwhile boring and incomprehensible. What changed? When? Or is it the ‘where’? Was it leaving India that bound me to it in a way that staying would not have? What a romantic idea. But my friends who did not migrate have also changed. The discussions, the headshaking take place on Skype, on Facebook, on Google Hangouts. We compulsively share articles, point out the hideous absurdities of one party statement promptly outdone by another. Although I have personally never had a constitution for personal attacks, they are very much in the air and our generation is no different from our parents in calling the opposition whatever foul name we can scrape out in a second. It is only too easy, I suppose, to say that political engagement is a way to deploy the hostilities that each generation uncovers in its own time. Class conflicts, gender conflicts, caste conflicts, conflicts of ideas and ideals: in this sad pantomime of the chicken and the egg, it is silly to ask what comes first—the hatred or the politics.

There is always an exhausting rhetoric of emotion in India. The slogans distill the contradictory, self-ingesting reality into a Technicolor race of the pulse: ‘gareebi hatao’, ‘jai jawan, jai kisaan’,‘abki baar’. Hashtag. Hashtag. Hashtag. In an environment of such throbbing, pre-cooked two-minute terrors and boasts, what can you do but give in and join the dance?

Mind you, I resisted for as long as I could. The apolitical student of literature (as if such a thing can exist) slow-cooked till the end of 2012. It was all well and good until December 17. Then suddenly, back home for Christmas, I discovered that it had become both imperative and impossible to read the newspapers. Everything screeched the horror that had occurred in the fat, cozy silences of homes, hostels, factories, and wherever else a group of men had power over vulnerable women. No more nonsense about turning off the T.V. No more hiding behind curfew times and uff-ho-my-mum-is-paranoid. No more loitering in malls on days out just because they are safe public places. The world peeled back its little polite touches, and instead of ‘common sense’ and prudence, I and many others like me discovered the real reasons for why our lives were always an embarrassed run from home to the mall to the friend’s house.

The textbooks had always spoken about democracy but never about its underbelly.

Bit by bit I put together the reality I’d never had to face personally: the police would refuse to lodge F.I.R.s; the doctor would insist on humiliating tests if you pleaded for help; the law was not on your side; the government did not care; the holy heads blamed jeans and chowmein. Even the right to protest, it turned out, was precariously held and practised as a privilege. The textbooks had always spoken about democracy but never about its underbelly. Politics for me, at least, began there. Each question about injustice led to another more morbid question. The horror properly set in as I realised that the gangrape was not a catastrophic exception but the unacknowledged rule. The A.F.S.P.A. turned up in the conversation, then the C.R.P.F. assaults in Manipur, then went further back to the Partition riots. Rape and torture had always been there, it seemed, just a little hidden so that they could be ignored at will, dismissed under patriotism and denied when needed.

To understand the night of December 16, I had to understand politics. The fine lines between different issues are invisible until one day, you find out that you are reading, listening, and arguing all the time, nurturing strong opinions on topics entirely unrelated to what you begin with. So, yes, I am now more political than I used to be, although there are still enormous gaps in my knowledge that will have to be patiently, quietly filled up. But I am unsure as to how much of this new, searing edge is owed to evenings in Calcutta spent with friends, and how much it is a consequence of living far away from home, rooted in the panic of trying to make sense of a world that can no longer be explained by the textbook myths of the benevolent state and the grateful individual.