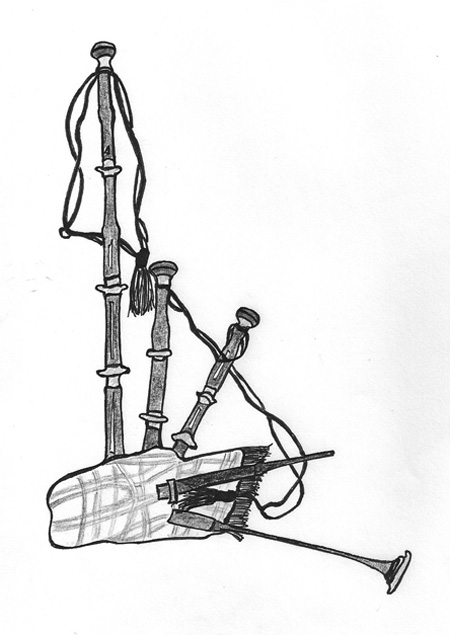 If you hoped for any degree of comfort at all, you would not stuff more than six people into a military jeep. We numbered eight at the start and 12 towards the end; none of us small or bendy. But this jeep was born again as chariot to sacred waters. Comfort can hardly be a priority for self-respecting pilgrims, can it?

The first of our weekends in Uttarakhand coincided with the auspicious time the holy Mother Ganga comes back to her seat in the mountains, from a pragmatic winter retreat to the plains. This marks the beginning of a crowded summer, during which thousands of devotees travel for days, maybe weeks, to visit her before the rains and the ensuing freeze block the pass again. Our going that weekend meant not only that we would be there on her first day back home, but also that we may meet her cavalcade somewhere on the road. So at five a.m. we made our way expectantly down to the row of jeeps parked by the gorge in the village. We scouted around for the sturdiest one with the most cheerful-looking driver. The one we chose soon attracted an elderly couple—Uncle and Aunty Sharma on their third trip up, a twelve-year-old boy and two Swedes, who were stuck with the back seats for being the last to arrive. Our bags were strapped rather flimsily, I thought, to the roof and after a last bracing shot of hot sticky tea, we were off. The skirl of military bagpipes swelled and bounced off the mountain walls. Illustration by ANJA.

The ascent, as it often happens, did not seem very steep for the first hour or so. Then the trees bordering the road thinned out and gave way to reveal swathes of valley, washed in pale gold morning light. We hugged the mountain close, winding our way up steep corkscrews. The cold air slapped us into wakefulness and hunger, so we were all quite glad when the driver turned into a by-road to pull up at a tea stall. Some more of the sweet tea fortified us, as did the ubiquitous Maggi noodles one eats at absolutely any time in the hills. As we were piling back into the jeep, M noticed the driver in deep conversation with a group of backpackers. There was some pleading, hand wringing, head shaking and shoulder shrugging, which could mean only one thing. When we revved up again, young boy found himself sandwiched between muscular Swedish legs at the back. Uncle shared his front seat with a dreadlocked New Zealander and his girlfriend. Aunty moved two inches to make room for a gangly Spanish man, while his delicately boned senorita sat on my lap.

Surprisingly, the jeep did not complain and we trundled on for a good while before an army blockade waved us down. The driver seemed singularly unconcerned, considering that the jeep was loaded to twice its capacity. He smiled and waved at the soldiers and parked by the side of the road. We tumbled out in disarray and confusion; the Swedes brandishing their passports. Two strapping uniforms marched up to us, waved away the proffered passports and indicated that we were to join them under a large and colourful pavilion set up on the grass against the side of the hill. There, seated on floor rugs laid out in neat rows, travellers like us were being served hot and delicious looking lunch by cheerful men in fatigues.

Round, puffed-up puris with chilli-laden chholé, vegetable pulao, paneer masala, and fresh salad followed by a platter of mithai. The army’s delicious contribution to the day’s festivities. “Only in India,” Dreadlocks assured us.

When we pulled into the parking bay in the four o’clock sun, the village looked deserted—hardly prepared for a walking caravan of some 5,000 pilgrims bearing the Mother over their heads. “She will get here in an hour,” the driver told us, unloading the last bag. “You’ll find jeeps to take you back down tomorrow.” We picked up our bags and drifted towards the boarding houses and ashrams scattered further ahead. The little hotels were just opening their shutters; sweeping porches and festooning doorways with flower garlands. M had booked us into the State Tourist Guesthouse. By far the largest, stateliest building around, it was a sprawling mass of white tiled in green, and so quite easy to find. A smiley bellboy ushered us into a spacious room that had far too many mattresses piled up on the bed. “Could you please make the bed and tell us when we may have some hot water?” M asked him. “This mattress up, this mattress down,” he replied, “… hot water thirty minutes.” he added, running back downstairs. M pulled at the top two layers of white on the bed. Underneath them lay a flowery yellow bedspread and two pillows squashed to death. “We sleep between them!”

We heard the procession before we saw it arrive. The skirl of military bagpipes swelled and bounced off the mountain walls. Ganga, borne aloft, wound her way up the twisting lanes towards her white marble temple where a million iridescent triangles strung up in the air danced wildly. We joined the throng and moved, with very little effort on our part, towards the open stone courtyard. From here, one was allowed a few precious moments inside the temple to pay their respects, plead innocence, and beg for blessings. I lost sight of M; we were pushed in different directions. As I was about to go in, someone pressed a few soft pink petals into my hand. I turned. It was Aunty, from the jeep. “Don’t go in empty handed. You can give her this.” Squeezed tighter than I had ever been, I was then belched out with a gasp into the inner chamber. She sat at a height in front of me, serene-faced, half-drowned in floral offerings and sweets. I added my petals to the pile and in moments I was swept out by the swell of people behind me. That was it—that’s all the time one got to have with the Goddess.

I turned to look back at her one more time over their heads. I imagine she winked at me.

M was toasting bluing toes on the last of the sunbathed stones in the courtyard. It was decidedly cooler now as we made our way to the stony riverbank below the temple. The Gaumukh glacier could not be far away, because the water felt like it had just melted into being two minutes ago. There were scores of pilgrims pulling their trouser legs up to wade in with a plastic bottle or a brass pot to collect the elixir. The more adventurous and devout went a few steps further in and dunked their entire bodies into the water. Glistening in the orange sunset, they looked like merpeople.

Scalding tomato-studded dal swirled around our plates as we chased it with soft speckled rotis. Our bellboy delivered on his promise of hot water in tin pails—28 minutes, I timed it—and after a rather perfunctory wash we pulled on our socks and burrowed under the mound of mattresses on our bed. We had a lot to do the next day—a trek to the glacier, the forest walk to the cave the Pandavas had stopped at on their way to heaven. “Maybe we could try a donkey ride,” I ventured. I’d seen several, beautifully saddled and bridled, waiting for passengers too lazy to trek. “I’ll take sore calves over a sore behind,” M mumbled. That’s as far as that discussion went. Under several inches of pressed cotton, we dreamt dreams of glaciers. In mine, we were riding on donkeys.