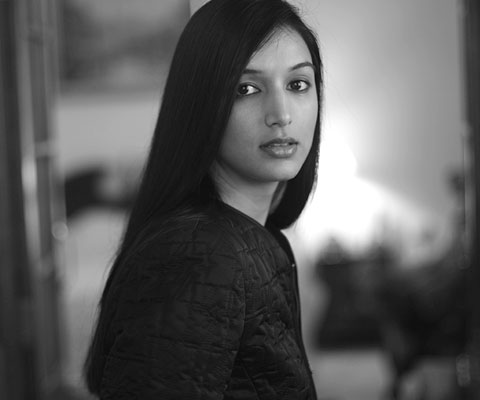 “They tell me that good Indian girls shouldn’t be writing books like mine,” says bestselling author Ira Trivedi, as she talks about the conservatives and members of khap panchayats who have complained against and threatened to ban her latest book India in Love.

To gauge the extent and effect of the marriage and sexuality revolutions currently taking place in India, the author travelled to a number of cities across the country—Shillong, Bangalore, Gurgaon, New Delhi, Bhopal, and Mumbai—and spoke to a number of interesting individuals for the book about everything from sex toys, paan-flavoured condoms, and labiaplasty to prostitution and love-cum-arranged marriages. Read on for excerpts from an exclusive interview with the author about free love, marriage brokers, and the effect of the Internet on Indian society— “India in Love took me four years to put together.”

You’ve previously written three novels that address/explore love and sexuality in the modern world. When did you first think of writing India in Love? Is this book something you’ve wanted to write for a while?
India in Love is my first work of nonfiction. I first thought of writing this book when I began writing articles on changing notions of love, sex, and marriage [in India]. These articles had great traction and so I decided to explore these themes for a book. I spent six months just trying to see whether I had one book, or two, or three. What I discovered while I was working on the book was fascinating—the magnitude of India’s sexual revolution was enormous.

Taking on the task of properly documenting the marriage and sexuality revolutions in India must have seemed like a daunting task when you began writing the book. How did you decide to approach the process of researching and writing India in Love? How long did it take you to put the book together, from start to finish?
I am a student of economics, and have done a lot of research in the past. I used a lot of those skills to put together the statistical research, do the library and academic research. I used my journalistic skills to do the interviews, and I used my storytelling skills to bring these interviews to life. So it was a mix of different skills that went in to produce this book. The book took me four years to put together.

“In India, love marriages are becoming stronger, but arranged marriages too are going strong—though the process has changed considerably.”

In the book, you’ve mentioned that India is at the first stage of a major social revolution, that drastic changes are taking place in the spheres of marriage and sexuality both simultaneously and separately; in spite of each other but also as a result of each other. Would you care to elaborate?
Yes, we are in the midst of two distinct revolutions—the marriage revolution and the sexual revolution. In India, sex and marriage have always been very closely related; they can’t be separated. This is why it was so important for me to discuss both these topics together, because it is impossible in the Indian context to separate them.

You’ve hinted that the changes that are taking place in Indian middle class society are largely a result of greater exposure/connectivity to the outside world and a desire to fit into a globalised world. Do you think too much is changing too fast? How big of a role is the Internet playing in this social revolution?
I’ll answer your second question first. The Internet is playing a very large and significant role. It is because of the Internet and technology that this revolution is happening at the pace that it is. So much has changed in the past 10 years. And yes, too much is changing too fast, and at too many different levels, since India is such an economically and culturally diverse country. So we could have a conservative girl who is forced to get an arranged marriage being best friends with a
girl who is out there exploring her sexuality and dating. This drastic change has also brought about a lot of chaos, the dark side of the sexual revolution which includes sexual violence, harassment, etc. A lot of youngsters in the country live with and are financially dependent on their parents. This can work against them when their parents insist on arranged marriages to someone that they deem worthy. Despite the social revolution taking place all over the country, there is still a continuing emphasis on marriage as soon as boys and girls reach a marriageable age. Do you think this is something that will change in the near future?
Yes, there is still a lot of emphasis on marriage. It is still an obsession more than anything else. But it will change in the near future. It has to. It has already changed more in the past 10 years than it has in say the previous 100. So I do think that though the social revolution is bringing with it a lot of conflict, it will only move things ahead and forward. We have a bright, free future ahead of us.

“It is impossible to imagine that a country which has been so dogmatic and conservative can change overnight.”

In the process of researching the book, you seem to have spent a considerable amount of time among marriage brokers, agents who facilitate arranged marriages based on specific criteria provided by concerned parents. Do you think the marriage/sexual revolutions taking place in the country will eventually make the role of a marriage broker redundant?
Not in the next few years. As I mentioned in my book, love marriages are becoming stronger, but arranged marriages too are going strong—though the process has changed considerably. The marriage broker too is adapting to this. Take Mr. Gopal Suri, for example, my personal favourite marriage broker. He runs his brokerage house like a business, and makes matches using a lot of data, analysis, etc. It’s not caste or astrology that is driving the matches he is making; it’s a lot more modern than that.

You’ve written that “India is still far from ready to whole-heartedly embrace the concept of free love”. What does ‘free love’ mean to you?
Love is between two people no matter what gender, what religion, what caste, what community [they belong to]. Since India is such a diverse country, it will take time for us to reach some sort of balance. It is impossible to imagine that a country which has been so dogmatic and conservative can change overnight.

Has the process of writing India in Love changed you as a writer?
I did emerge as a different person, as a different writer, as a different thinker, even. This book has been a coming-of-age book for me. It has led me to become a more serious, more informed, more careful writer. Sometimes I feel that all that I have done in my past, all my writing, all my books, all my studies have led me to produce India in Love.