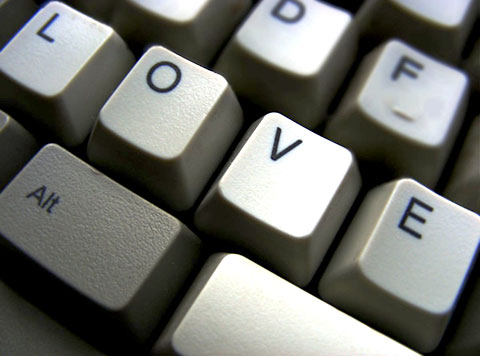 It might come across as a rather shoddy introduction, but ever since I have known him, my dear friend M has been unfortunate enough to be in a long-distance relationship with M.

Over the years, the miles between the two have only increased, giving most of M’s friends the impression that the seemingly gallant couple have found it very convenient to not have to deal with each other’s idiosyncrasies everyday. One could have twice the fun and none of the bullshit, pardon my French. Given the tantrums that some of my friends have been subjected to by their more proximate partners, and have been wise enough to unwillingly accede to, I have tended to side with this view. Therefore, it was quite a surprise when M was gracious enough to grant me a visit a few days ago. Knowing him to be the silent, loner kind, I was even more taken aback by the candid conversation and confession that followed soon after the initial pleasantries had been hastily exchanged.

“I cannot seem to function without her,” he plunged unabashedly into his singular narrative. “I don’t want to and, what might be even more irritating, I don’t know how to. My health is failing. My work suffers every single day. I had very stupidly assumed that I won’t need her. Not like this. Now, things are spiralling out of control and to me everyday seems like a battle waiting to be lost. I am a psychological train wreck waiting to happen.”

I am not known to proffer advice or suggestions as far as the delicate subject of relationships are concerned. I don’t inspire confidence very easily, you see. But to stay silent yet again would have ruined the moment and, with it, M’s fledgling trust in me. So I wracked my brains for a suitable response and settled on the most hackneyed, albeit safest, one.

“What do you do in order to stay ‘in touch’? Technology seems to have made it easier, nahin?” “I have gone ahead and convinced myself that I need her everyday in order to be happy.”

Happiness is a very scarce commodity and I am yet to consume it in copious quantities. It does not augur well for my research into the subject that people who seem to be happy all the time are also the ones who know least about it. Don Draper, who can hardly be described as a cheerful spirit, described it as “a moment before you need more happiness”. Convoluted, offhand remarks like that are meant to portray one as an intellectual at cocktail parties. Needless to say, I have never been to a cocktail party. And wasn’t it Hemingway who said that happiness in intelligent people was the rarest thing he knew? So I kept Don’s thoughts to myself and proceeded to clinically analyse the situation, as any unsuccessful engineer is wont to do.

“But I thought you were managing just fine alone. Hell, I had to think twice before calling you.”

“People tend to get that impression, I suppose,” he wailed. “They wouldn’t be wrong. I was comfortable in my solitude. I could have sworn that on everything near and dear to me. I was on the verge of beginning a lifelong romance. Then something happened. Now it seems as if that that was either an illusion I had unwittingly bought, or I have given up on trying to understand loneliness.”

I mean no offence to the Long-distancewalla, but it is very difficult to dissect a problem objectively when the person across you sounds so helpless. So I unceremoniously switched loyalties and asked him to let it all out. I had heard from reputable sources—mostly my sister, who, by the way, considers herself to be an undisputed authority on all things social—that that often helped.

“I know what people think. How have things changed now? We have always been away from each other. We met twice or thrice a year and it had been enough. We had similar expectations and were content in loving the images of each other we had crafted for ourselves. Maybe I really love her.”

Love. Another subject in which my expertise has been less than spectacular. Sometime in college, I had been fascinated by a National Geographic article that reduced this abstract, puzzling phenomenon to the fluctuating levels of a hormone known as dopamine. I had been very pleased, even evidently so, that serious inroads were being made by scientific progress in an area which had previously been the favourite hunting ground for poets and William Shakespeare. Finally, someone would be able to explain to me what the hoopla was all about. But the ambiguous note on which the piece ended had left me feeling that I had been taken for a ride. Even the Long-distancewalla’s earnest plea for help made no difference. I chose silence over stupidity.

“Our experiences are diverging so fast. We are maturing into different individuals and that does not sit well with my image of her. I am still in love with it… I mean her. You know, it would have been much easier to let go. That would have been exceedingly convenient. Maybe I was even expecting it. But what worked for us before is exactly what’s preventing us from even contemplating parting ways. M is just as smitten and feels just as helpless, which only serves the purpose of shrouding our lives in a never-relenting mist of longing and dissatisfaction. It’s so infuriating.”

“And sharing your life does not help? These days, people seem to have taken up showering together online as a way to fight the loneliness. I was quite curious about how that works.”

“I could tell you how it doesn’t work.”

“I might; though I will have to kill you then.”

I decided to take a rain check.

“I can tell you that it is not just the good or the great experiences which have assumed a general shade of imperfection and melancholy. Even the decent ones, something as simple as having a meal alone at a diner you used to frequent or a stimulating conversation, seems incomplete just because someone is not there to share it with you. Disappointed by your misfortune, you come back to an empty room to find some solace in a letter or a phone call and realise to your dismay that you are in love with something as unreal as a voice on the telephone. Does it get any more tragic than that?”

“You could always rely on excess and mediocrity to ring the warning bells. Get involved in M’s life so much that it begins to get to you and you find some peace one way or the other.”

“I have tried that. But the kind of involvement that can exact satisfaction is not to be found in showering together on Skype or what have you. Neither can it be found in doing things on my own. I find it strange that there are all these means at my disposal to fight boredom and loneliness. To fashion idleness and solitude out of these twin evils. And yet I keep finding myself using them to create some form of intimacy with someone sitting 10,000 miles away. I don’t think it’s possible. We haven’t become that evolved. Not yet. Even in the age of the Internet, love is old-fashioned.”

I consider myself to be a seasoned cynic, well versed in the wiles of the world. Had this little tale of yearning reached my ears through someone else, I would have dismissed it is as the sentimentality of young love. But the Long-distancewalla’s sincerity convinced me that any answer to his problems, and with it his salvation, did not lie in vicarious experiences shared over optical fibres and through inert words on a computer screen. It could only be found together, in real life, where M&M would either go up in flames, leaving them disillusioned about love and lust, or coming to terms with the messiness and imperfections in each other would teach them a thing or two about how love functions in a world inhabited by real people and real necessities, instead of picture-perfect Picasa photo albums and lovey-dovey text messages. Romantics amongst you, though, might disagree.

“I can only sympathise with you, M. Even empathy is beyond me,” I mumbled apologetically.

“Ha. That was expected. The benefit of being marginalised socially is that I can spring surprises like these on unsuspecting victims. I don’t think anyone expected me to turn into this sorry tub of excuses. Ah, well. You have been a good listener and decent company. Now, if you will excuse me, I must narrate the tale of my misadventures to an audience of complete strangers.”

Saying thus, M left me to my devices. If earlier my feelings on the subject of love could be best described as suspect, his effusive outburst made me want to sue National Geographic for spreading unfounded rumours. Technology was meant “to set us free”. But if the Long-distancewalla’s woeful lament is to be taken at face value, it has subtly and slyly marooned us on little islands of isolation, forever looking out wistfully for a ship making its way over the horizon, always waiting for one.