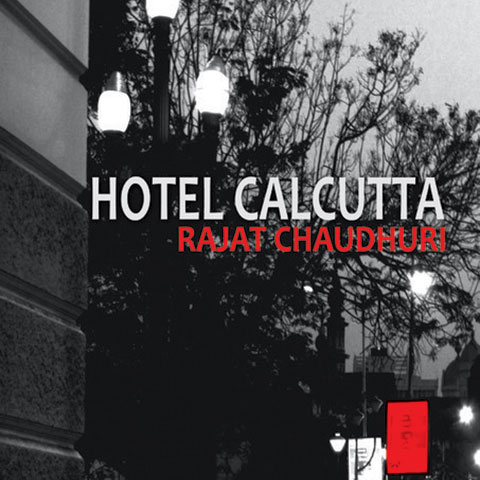 Hotel Calcutta, established 1911. The bar is now open for service. The first one to tell a story gets his drinks on the house.

This book isn’t your typical modern ode to urban experience. Readers looking to reminisce about Calcutta’s glory days, or walk its streets breathing in the muggy, fritter-fumed air will be better served picking up one of the several complex love songs written to that effect: Chaudhuri’s own Amber Dusk among them. Nor is this a riot of comedic catering capers in the vein of Mayle’s Hotel Pastis. The city and hotel of this title appear as sudden, vivid strips of abstract canvas in front of which the players move—a motley bunch of hotel guests sharing stories of which they are observer, star, and occasional victim. A dozen such tales are spun in the bar, lounges, and gardens of the hotel, summoned by a visiting monk to serve a high calling: the building of a wall of stories to protect the ageing edifice and thereby the cityscape from the wrecking ball of development.

You could read this book from start to finish and the framing story of the hotel will unfurl as you go along. Or you could dip in at will. Delhi, New York, Mangalore, Amsterdam, and of course, Calcutta feature, as do several unnamed yet universal settings. The characters range from painters and dead Canadian soldiers to librarians, thieves, and scientists; who exclaim in quirky colloquialisms, smoke Camels and Charminars, plunge into murky situations and chase questionable romances with persons and things of undocumented or inadvisable D.N.A.

Being of the sort that like to unveil the essentials in their own time, these stories will not appreciate a long third-party introduction. Some short ones, then. You could follow the investigations of a 50-something Private Eye working out of his bare-boned, two-man operation; rent overdue. Usually his cases involve suspicious spouses, bad debts, and fishy godmen, but this new one concerns mysterious mass kleptomania. Or you could experience the ‘slow lick of love’ of a pair of blue silk thongs and contemplate the price of such delicious decadence. This one may come to mind the next time your washing line is missing some delicates. The bartender’s tale is a faithful account of tangential bar conversation, drunken philosophy and life-weariness, solemnly witnessed by a drowsy hidden guest.

Take your time; these tales read better for some space between them.

Chaudhuri is a detailed observer of ambiance and circumstance, constructing evocative passages of description in unpretentious prose. Some of the plot inspiration is classic; the unravelling faintly familiar. Other machinations draw from intriguing spaces in his head, glorifying the macabre and culminating in bewildering dénouements.

The going isn’t all smooth; you will encounter a few niggles that could have easily been tweaked out. They annoy, like the unintelligible squawks emanating from the car radio in the middle of a good song. A keener blue pencil would not have missed them; the editor dropped the ball here. Just when you want to thwack the dashboard, though, you come across a line like this one: “A moth-eaten moon had risen and in that light the white roses looked like severed heads from which the last drop of blood had dripped away.”

Lethal games and unspeakable terrors lie between these covers, the spine oozing spilt bodily fluids. Chaudhuri clearly inhabits several worlds. His interest in surrealism goes beyond the perfunctory; he takes the preternatural seriously. Read on, though, and his themes reveal a deep fascination with human response to the extraordinary, with the gossamer threads between the rational and inexplicable. Recognisable personalities, oblique digs at societal behaviours, and ardent appreciation of earthly pleasures keep these tales from losing the less metaphysically inclined reader.

Pull up a barstool. If you like your entertainment more offbeat than mundane, chances are you’ll find someone or something here that catches your fancy. Chaudhuri’s cabinet holds a fair selection of tipple, the company is eclectic and the bar tales are served with a twist.