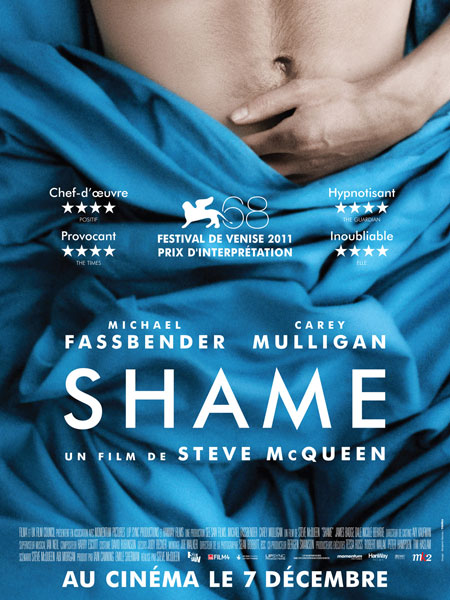 Several films, Shortbus and 9 Songs to name two, have sought to ‘de-eroticise’ explicit sexual scenes and depict them as some kind of a happenstance in the broader context of the plot. More specifically, what I am referring to here is un-simulated sex in mainstream cinema and not just a sleazy B-grade flick meant to titillate. One of the few movies I have come across that struggle to deal with the theme of sexual addiction, Shame is unapologetic about its graphic, and almost always unromantic, portrayal of the sexual act. Often nightmarish, it can be best described as a story about neurosis and dysfunction. The protagonist, Brandon, leads a secluded private life in New York and can’t seem to stop thinking of women. Or fucking them, for that matter. He indulges this strange addiction because he must, not because he enjoys doing so. Contrary to expectations, he still hasn’t come to accept it and his innate sense of guilt continues to torment him. His self-loathing manifests itself in his distance from people, even his own sister. As if afraid to be known, he is cold towards his co-workers, prostitutes, and strangers. His fanatic obsession is slowly depriving him of any recognisable human impulses and making him incapable of ordinary human contact. It’s quite obvious why he wants no witnesses to his fall from grace. He loves no one and wants no one to love him.

“We’re not bad people. We just come from a bad place.”

The ‘status quo’ is disturbed when “Sissy”, a neurotic, albeit carefree, aspiring cabaret singer comes to stay with her brother for a few days. As her presence brings Brandon’s darkest desires under close scrutiny, his rage against his own shortcomings surfaces in various forms. In a terse scene, desperate to grant some semblance of normalcy to his life, he dumps his stash of pornography, including his computer, in the garbage bin. Sissy is a witness to these trials and despite needing her brother more than he needs her, tries her best to comfort him. But Brandon is in a world of his own, more afraid than ignorant of her advances. It is suggested that a shared experience in their common past somehow damaged the two siblings. But, as might be appropriate, we never get to find out the hows and the whys.

The title of the film might comes across as intriguing as Brandon finds himself succumbing to self-pity and disgust more often than shame. His is a story not so much about Crime and Punishment as it is about Addiction and Humiliation. But there is a close-up of his face towards the end that, in my opinion, captures the essence of his most private emotion. At a cheap hotel, he is having sex with two women. At the same time. But there is no concern with the movements of his lower body. Or his partners, for that matter. The close-up restricts our view to his misery. As he is about to have an orgasm, instead of a sense of pleasure or relief, there is pain and suffering writ large over his face. This is the burden that he must carry everyday. His cross to bear. The shape of his shame.