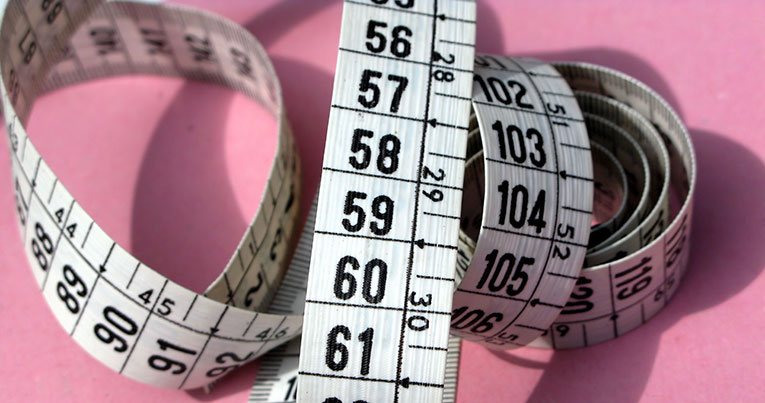 Can you remember that quaint term ‘pleasantly plump’? If you don’t, I don’t blame you, because there really isn’t anything pleasant about the word ‘plump’ anymore. ‘Plump’ is an evil word, even more diabolical than ‘fat’, because of the condescension it implies. ‘Plump’ is associated with relatives in the holidays pinching your cheeks, and saying with a broad smile, “You’ve become plump, haan, beta?” and the murderous impulse that follows.

I watched Bobby (1973) recently, and thought it was scarring to say the least. Dimple Kapadia in a swimsuit (with a paunch, for God’s sake) was blasphemy to me. No Bollywood director in his right mind would cast those legs now; there’s no space on the silver screen for even an extra inch of flesh. Or for that matter, in television serials, advertisements, billboards, music videos, or even in our own heads. There really isn’t anything pleasant about the word ‘plump’ anymore.

The newspapers and magazines are flooded with tips on “How to get the body you want with the body you’ve got”. And keeping up with the time crunch of our lives are the “The 17-day diet”, “The four-hour body”, and “Change your body in 60 minutes a week”. They have your weight loss fix, in whatever size, pace, however drastic you’d prefer, and whichever body type you are. There is a dedicated industry churning out literature to ensure that the population has all the information they could possibly need lest they, heaven forbid, be ‘pleasantly plump’.

It’s easy as an 18-year-old to be able to see the situation for what it is, and still make a face and make remarks at anyone remotely overweight in media. It’s a vicious cycle, see? Did the expectation come out of years of reel devoted to the ideal body type? How is it that the same industry that celebrated Sridevi and Madhuri Dixit put them out of jobs? And most astonishingly, how is Rekha thinner now than she was 30 years ago?

The media has grown into a menacing Colossus that provides us with ideals to ape. It didn’t take long for the neighborhood aunties to put on their jogging shoes and the skinny lattés to stink up our coffee shops. The world divides have slowly but surely flitted into a thin/fat paradigm and the societal importance of being on the right side of the line is paramount. It isn’t that being thin is the new one way ticket to being popular in high school, noticed at parties, and getting much-starved-for attention. It is just that a thinner person has a better chance than the averagely-sized individual. So, my generation diets, binges, and starves to control the way people look at them.

I skimmed through all the magazines at a news stall at Khan Market, and most of them had a piece on weight loss. Celebrity diet secrets take up double spreads on the glossy pages of fashion and gossip magazines. Did the amount of newsprint devoted to the theme create a market or did it cater to it? I don’t remember a time (and that’s probably because I’m 18) when it was alright to be fat. Skinny jeans came along and urban earth’s fate was fixed. Everybody was constantly trying to reduce. But to look good in skinny jeans, you need to be skinny. I read recently in Vogue that Lykke Li, the singer, said, “I believe life’s too short for compromises and bad fitting jeans.”

In Bride Wars, Kate Hudson’s character furiously declares: “You don’t change Vera Wang to fit your body, you change your body to fit Vera Wang.” There’s an ugly truth in there that no one really wants to think about. The underlying assumption is that you must tailor yourself to fit into the latest creations; replacing curves with angles, thin with thinner. After all, beauty is only beauty when worn by a familiar face, complete with the Birkin bag and sky-kissing heels, right? I meant that statement to be ironic, but somehow it sounded a lot like simple logic; a recognition that affords no further questioning.

Why is everyone on screen thin? Is it possibly a fallout of the Internet? Knowing that your body is going to be played over and over again leaves no space for bulges and stretch marks. As the 21st century embraced nudity on screen as realistic and liberal, and then become wholly obsessed with it, the pressure on actors and models must have increased. The bodies that 20th century culture got away with could no longer meet the requirements of an increasingly intrusive society. The cameras had turned up in their bedrooms, so to speak.

The race for perfection could only have been a matter of time. The toned models in bikinis migrated from magazine pages, travel brochures, and advertisements to the real world. The bookshops added a new section, most food reappeared in a low-fat option, clothes were tailored to cling; the idea of thin had changed and the world was moving fast to keep up with it.

Like I said, I can’t remember a time when it was alright to be fat.

When Feeling Blue Is Patriotic