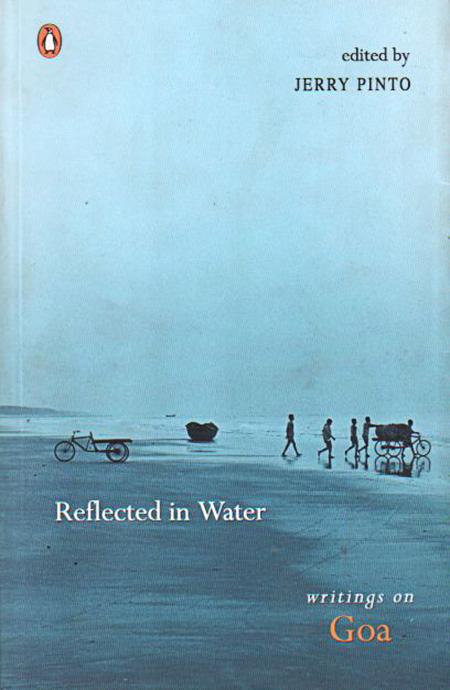 An ensemble of historical writing, reflections, stories, poems, and extracts from other published work comes together to celebrate the Pearl of the Orient. The book will salvage the state’s history and complexity from its sun, sand, and surf image, but the vindication will only further reveal that there is much left to be resolved.

You may find the Konkani folk songs familiar from your acquaintance with their Bollywood adaptations, the Konkani folktales intriguingly abstract and bordering on amoral, the tiatr [“the vigorous medium of folk theatre popular among Goa’s Catholic middle class”] ludicrous and captivating at the same time, and the ghost stories and the toddy and feni overflowing—all of this while the Konkani versus Marathi debate rages on. From Nisha Da Cunha’s insidious, evocative tale of a tradition where the women never leave the house and don’t know unhappiness because they had nothing to contrast it against to Mario Cabral e Sa’s resurrection of the first Portuguese women to come to Goa; from John Huygen van Linschoten’s account of a sixteenth century murder, which he thought would be “good to set it downe in large, that hereby men may better perceyve the boldnesse and [filthie] lecherous minds of the Indian women” to Sonia Faleiro’s portrait of a man, Outkast D’Souza who is acutely sensitive to sound, smell, colour, and touch, but is unable to comprehend reality, the book weaves together a cascade of narratives about people who have walked these shores.

The book is cacophonically diverse with a segment in a graphic novel format, The Old Crone Says: Three Goan Death Stories, poems The Villagers by H. O. Nazareth and Idyll by Eunice De Souza that talk of the worsening of the times, Estado da India, R. Parthasarthy’s historical poem that deals with the Portuguese men who impinged themselves upon Goan history and an extract from Margaret Mascarenhas’s Skin, which tells the stirring tale of an African slave woman in eighteenth century Goa.

As you read on, Maria Aurora Couto will excavate the ‘human side’ of history through architecture, William Dalrymple will unearth the Portuguese element through the formidable Donna Georgina, Graham Greene will reflect on a state where time stops and the difference between affluent and poor narrows till it blurs, and David Tomory will recover the toddy planter, the coconut cutter, and the fishermen from the obscurity and negligence in which they previously lay. A different and infinitely more complex Goa emerges after each piece.

You will discover that the unique Goan bread has a story behind it, that the famous Goan cuisine has evolved out of the state’s complicated history, and that the monsoons will both enthrall and defeat you. And after all of that is done, in Jerry Pinto’s words from his introduction, ‘salt-stained, sand-raddled, and curry-smeared we went home.’

The potpourri of nonfiction and fiction and opinion and history can get a little overwhelming, so I suggest you read the book slowly over a period of time. You don’t have to read the book in its anthologised order, although that does make it easy to keep up with the history. I found the detailed historical and political chapters slightly tedious and occasionally contradictory. I would recommend the fiction, poetry, the illustrated section, and the chapters about cuisine, local alcohol and the monsoon. But this part-travelogue, part-reverie does help to reinvent a place largely misunderstood.