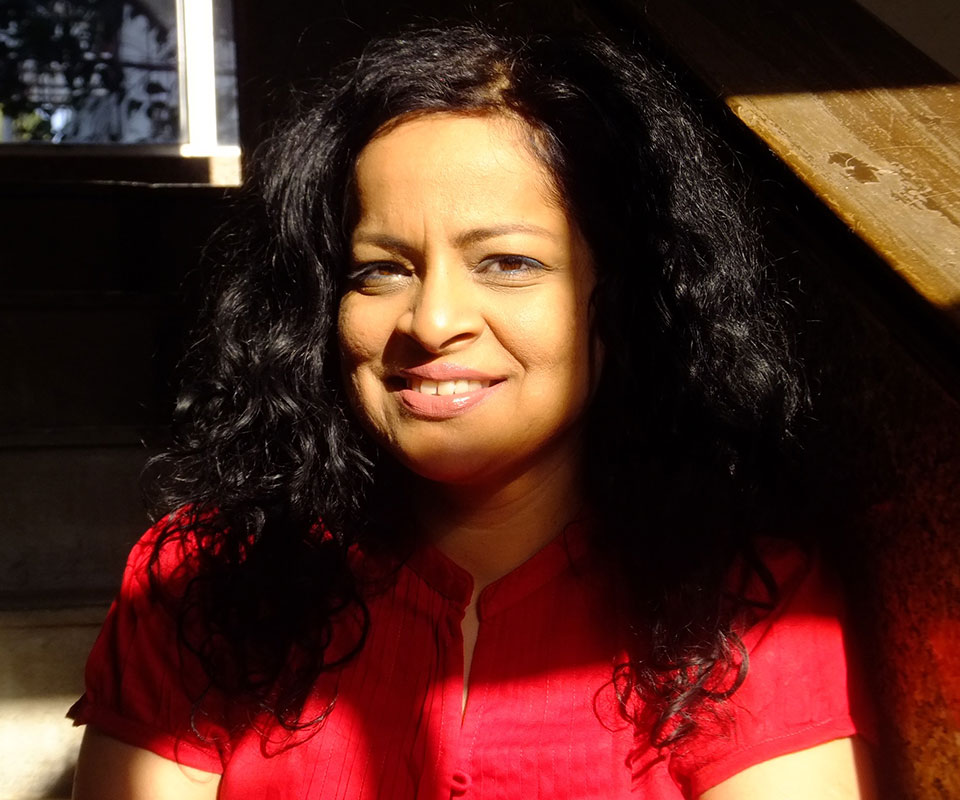 Sonia Filinto’s documentary Bread and Belonging explores the connections between bread in Goa, known locally as pão, and the people who make it.

It kneads together themes of identity, migration, nostalgia and resilience, presenting them through three parallel stories about bread. In the first, Alzira and her family, multigenerational bakers who share the ownership of their bakery with another family member, and run it through alternate four-month cycles, display the pride they take in their work while also discussing the persistent problems of labour and pricing and the sheer difficulty of keeping the bakery running. In the second, Ram Naik and his workers, migrants who have learnt the trade and adapted to the food, culture and language of Goa, work at a bakery and bicycle through Goa’s picturesque streets delivering bread. In the final story, Marius Fernandes who has returned home to Goa after years of living away, embarks on a hunt for the delicious toddy bread of his childhood, attempting to revive it through a baker’s festival, which, with its blending of colour, celebration and music also serves as a joyful climax to the film.

The film is suitably warm-toned, in keeping with its subject, and contains some striking, affectionate images of traditional baking methods, of hands delicately and tirelessly at work, and of people tenaciously pursuing their dreams—dreams of continuing a legacy, of building a new life. Bread and Belonging is the filmmaker’s ode to the bread she has grown up eating, an entity that is not only ubiquitous and indispensable as the images appearing with the credits show, but also one that has helped sustain as well as shape the Goan identity.

In conversation with Helter Skelter, Sonia Filinto spoke of Goa’s perennially shifting demography and of the intriguing connection between bread and migrants, both originally “outsiders” to Goa and now an integral part of its industry and culture. She reflected on the labour and craft of breadmaking, on the challenges facing multigenerational bakeries and a lot of other traditional occupations today, and on the fact that while nostalgia for the old days is understandable, there is also a need to tell stories from present-day Goa while raising questions about the issues affecting it.

I want to start by asking you about your journey into filmmaking and what drew you to it. I know that you have also been a writer and photojournalist.

I have always been interested in the worlds of others. There was a need to learn about different people for myself and then to tell their stories. Initially, I was not sure about the medium as such. I was interested in the written word and then as I was studying, I discovered the visual world. I did my Master’s in Communication Studies from Pune University and then like a lot of people who want to work in the audio-visual medium, I moved to Bombay and worked there for many years. Just the ability to explore a different world, to tell stories that not a lot of people know were a big draw. And it is self-discovery also. You do it as much for the greater world as for yourself.

On the Bread and Belonging website, your note mentions a demographic tilt that has occurred in Goa with migrant workers coming in. I was curious about when that wave started for the pão business and if you have any personal memories of witnessing that change around you.

Well, demographic changes have been happening in Goa for centuries in that sense. Goa has been a place where people from all over the world have come and lived, from conquerors to people who were escaping persecution and those who were forcibly brought here. And when you talk of bread and bakers, bread was something that was made popular in Goa by the Portuguese. It’s a centuries-old trade that was brought by “outsiders”. Bread was an “outsider” and then became an “insider”. Now, bread is an integral part of Goa, of its cuisine, culture, and identity.

After Goa became free from the Portuguese in 1961, a lot of people started migrating out. Between the ’60s and ’80s, the route to the Gulf opened and a lot of Goans went there. A lot of people wanted what they considered a better way of life because breadmaking involves hard physical labour. Formal education became accessible for the new generation. A lot of bakers started closing up their bakeries or leasing them out to others. So a lot of the multigenerational bakers aren’t baking anymore. When a void is created, a void is filled, because everyone wants bread. The demand for bread hasn’t gone down.

How did the idea for this film come to you? What kind of research did it involve? I am sure there were lots of stories that you came across. What about these three particular stories and people appealed to you?

I grew up eating bread here. Later, I moved out and as I kept coming back, I realised that the maker had changed. It was something that I was drawn to. Bread was something that came from outside and then became such an insider. Now, the maker is again an “outsider”. Predominantly in Goa, the bakers are people who have come from across the state border. I wanted to know what that means for Goa, and about the challenges that both multigenerational bakers and migrant bakers face. There has been a lot of nostalgia for and interest in the pão in the last few years. I love nostalgia, but I wanted to go beyond that and ask ‘what next?’.

[The film is] also a tribute to work that is done using hands. They might not be called artisans in that sense, because artisanal bread might have different connotations, but this is also artisanal work. I wanted to look at bakeries who do the traditional woodfire baking. I went around meeting bakers from all over the state. Sometimes there was a formal meeting which meant going in and knocking on the door, and sometimes we just stopped bakers while they were on their rounds on scooters in the mornings. I felt there was a quiet dignity about these particular bakeries. That was what drew me to them. They just want to earn a decent living, work with dignity, and be accepted for what they do.

Tell me about how you planned the structure of the film. Did the results of your research determine its three-part format or did you want to present multiple stories right from the start?

Initially the idea was to have a couple of these stories, but after filming, when we were on the editing table, that particular form took shape. I must mention my producer Mamta Murthy and editor Rikhav Desai who brought fresh eyes to it along with that framing.

Each section ends with a leaving but also with a promise of return. Were you consciously thinking of a larger idea of continuation (of bread, of traditional practices) when you were putting these stories together or did they just turn out that way?

Thank you for mentioning that; you are one of the first ones to point this out.

The stories were what they are. The boys do go home for a festival and then come back and Marius does go but definitely wants to come back. For these traditional multigenerational bakers, it’s a four-month cycle. It’s very fragile. Every time they have to start all over again. [Continuing] is inherent in their stories and I wanted to highlight that. Everyone is struggling to earn a living, to live a life. And that came out because of the very nature of the stories.

You mentioned multigenerational bakeries, and in the first and third stories, there is a sense of a trade and its skills and secrets being passed down within families. But we don’t see the younger generation. In fact, interestingly, the only young people in the film are the migrant workers in the second story. I wanted to know more about this young Goan demographic. What were their thoughts on stepping away from their family businesses and traditions?

I think that is really across a lot of traditional occupations—the toddy tappers, for example. I spoke to the next generation there, too, who mentioned that it is dangerous work that they don’t want to do. It’s that whole thing of wanting a better way of life. This is hard work and not as lucrative as other industries. The younger generation has seen the struggle and they want to break out of it. As you rightly pointed out, the young ones are the migrants and that is symptomatic of the larger picture in a lot of traditional occupations. I made a film a few years back about traditional fishing communities and there the workers on the boats are from Orissa. The fishing trade in Goa is heavily dependent on migrant workers. For a baker, it is all about economy of scale; the more you bake, the more you can earn. This has to be done at scale, otherwise it is a lossmaking business. Probably if you put in that kind of labour in another area, the returns are better. There is an aspiration for a “better” life and to earn more.

Given the next generation’s unwillingness to take it up, how do the older generations view the future of traditional baking?

They realise that they can only control so much of the narrative. There were a lot of other bakers we spoke to, who said that they would do it as long as they could because it was important, because the bakeries were probably given to them by their fathers. I came across bakers who stopped in between because of labour problems and then started again, or those who went to the Gulf, made some money and came back with some capital to continue.

I was looking at your other films (Shifting Sands, The Meal) and photojournalistic work (for the People’s Archive of Rural India) and there seems to be this persistent interest in traditional food practices and trades of Goa (fishing, feni-making, coconut-plucking, etc.) and in the communities directly linked to them. What is it about these stories that have made you return to them?

I don’t think it has happened by design. I see Goa used [by others] as a location to tell stories, but there aren’t as many stories [told] about Goa. I felt it is important to tell stories from here and for me the stories are also about raising questions. There is this whole tradition where we talk about the food, occupation, and culture of the past, but I want to talk about the now. It is, at the end of the day, a very fragile culture, so it is important to talk, discuss, and raise questions about it. Food is an integral part of any place.