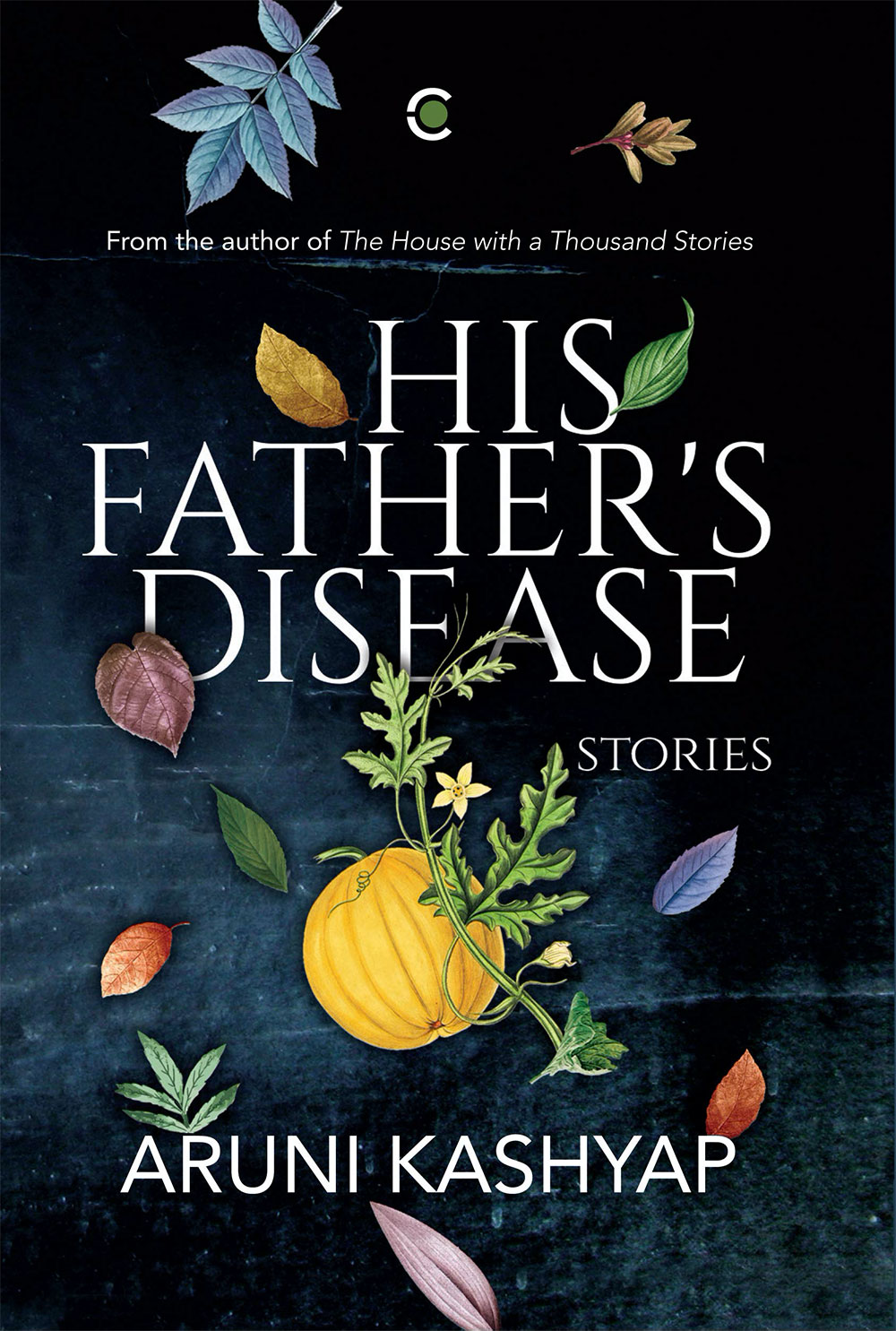 The ten stories that make up Aruni Kashyap’s unflinching new collection, His Father’s Disease, roam between the turbulent villages of Assam and the frigid placidity of the American Midwest, and explore the complexities of identity and isolation, violence and resilience amidst diverse backdrops.

In these wide-ranging stories, folklore and sorcery are interlaced with spikey meditations on race and belonging. The connective tissue is found in the centering of characters who intentionally and unintentionally don’t fit the norm, who push against the urge to generalise—and the urge to dismiss.

The first story, ‘Skylark’, charts the course for the rest of the collection. Its Assamese narrator, Sanjib, is a writer who disappoints the literati at a conference in Delhi by reading his twist on a folktale, instead of a “real” account of Assamese suffering. Sanjib bristles at the demands made on writers from the nebulous “Northeast” to portray violence without explaining who perpetuates it—to present the image of the “non-threatening Northeastern” at all times. Other narrators in this collection build on these ideas while growing increasingly skeptical, even vigilant in the face of (nominally) well-intentioned elites whose actions fail to live up to their words.

There is ‘Minnesota Nice’, a dissection of superficial acceptance in the form of an insufferable white man who is dating an Indian woman, is eager to share his love of “South Asian” food, and relies overly on the word “cultural”. When these same characters reappear in ‘Umricans’ later in the collection, this time in second-person narration rather than third, the persistent use of “South Asia” grates even more, the sense of dislocation is heightened further. In one of the most enjoyable stories, ‘The Love Lives of People Who Look Like Kal Penn’, there is the tender pursuit of new love set within the confines of eyebrow-raising academic discourse and shallow political correctness run amuck. There are elements of these stories—the arch and unapologetic look at racial dynamics chief among them—that are reminiscent of Chimamanda Ngozi Adichie’s writing. But Kashyap very much has his own critiques and convictions, his own darkly comic mode of conveying them.

His Father’s Disease also layers in stories that move us far from the physical and emotional chill of midwestern America to the day-to-day life within fraught regions of Assam, where passive-aggressive Minnesota barbs are replaced with overt aggression. ‘Before the Bullet’ builds around an inverted Chekhov’s Gun device in which we know the gun will fire from the first sentence and are faced with a profound sense of dread as the narrative moves towards its inevitable conclusion.

This story, like several others, includes shocking violence committed by a soldier in the army. Kashyap sprinkles in such atrocities without ever making them a central fixture in these works; instead, their unpredictable presence hovers just out of sight, capable at any moment of destabilising the tenuously held together existence of entire communities. The Assam-based stories are alive with these kinds of tensions, offering a portal into Assamese villages that are not often covered in today’s fiction—where gay men live and love—and others believe in the power of ancient manuscripts, and still others fear violence at the hands of the armed forces.

As this book was being released, Kashyap tweeted with more than a little tongue in cheek, that it was “decent enough… most of the characters fall in love, at least once.” And it is true, there is a lot of love weaved into the narratives rendered in ways that are both painful and poignant. These stories are also heavily preoccupied by questions of how we observe and understand those around us. They call for greater humility and acceptance of difference, and sometimes, just sometimes, keeping our strongly held (maybe even ill-formed) opinions about others to ourselves.