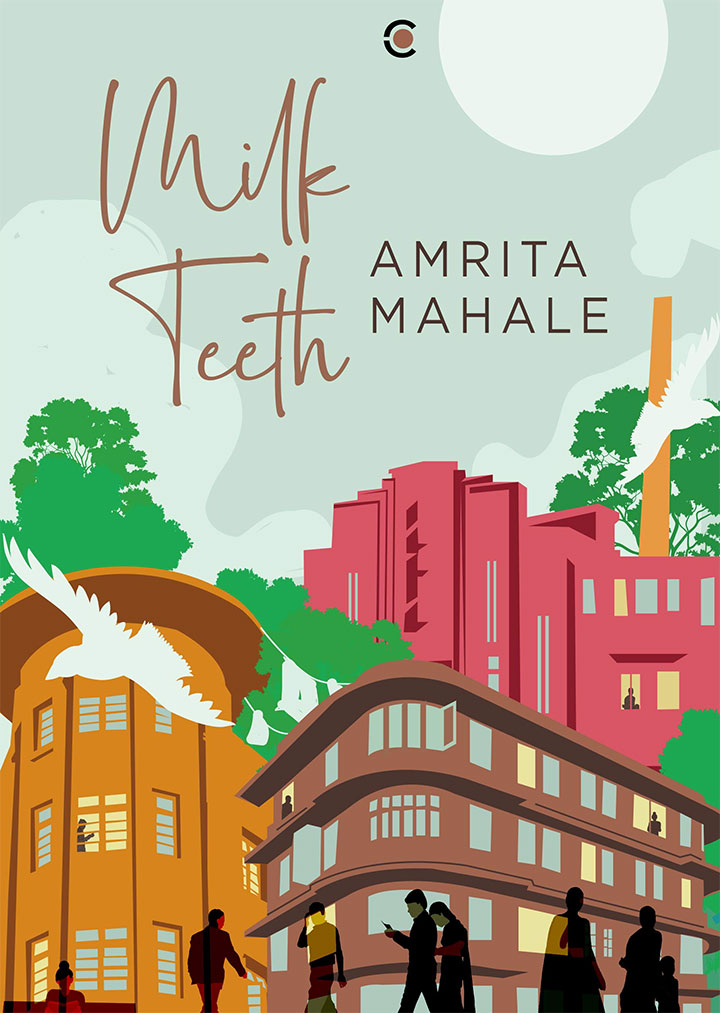 Amrita Mahale’s debut novel Milk Teeth takes you on an engaging journey through the crowded streets of ’90s Bombay: its vendors, hawkers, and crammed buildings, the redevelopment and consequent oblivion of an old city, and the searing aftertaste of the communal riots. Juxtaposed with this setting are the stories of three individuals and Asha Nivas, a crumbling building about to meet its end.

It is not difficult to mistake Milk Teeth’s protagonist Ira Kamat for a Bollywood cliche—a passionate, career-driven young woman torn between love for her weed-smoking, poetry-reading, architecture-loving ex-boyfriend Kaiz and seemingly perfect childhood crush who now works with an M.N.C., earns some big bucks, and wants to marry her. But Ira is much more than what the author portrays in the first half of the book. Ira’s late adolescent relationship with Kaiz, which makes up a large chunk of the book, makes her come across as a hapless damsel yearning to be rescued by the love of her life. This is completely removed from the strong-willed reporter she is introduced as. The author slowly reminds you that you shouldn’t be so quick to judge, as more dimensions of Ira’s life slowly unfurl through the pages of this love story, taking you on a fast-paced, often anguishing—yet exciting—ride to the end of the book.

Set during the turn of the century, the characters in Milk Teeth are embedded within a larger commentary on the Bombay of the ’90s and the tiresome middle-class hypocrisy that can be found sprinkled throughout the narrative, grating on its characters; especially Ira and Kartik, who are forced to give in to societal pressure at many points. Through its characters, the novel also brings out the stark differences in class, caste, and religion that haunt the Indian psyche. Ira feels a deep disconnect from Kaiz’s circle of friends, because she thinks that the sophistication that his friends seem to wear so effortlessly would never fit her. Kaiz’s obsession with Irani cafes—he doesn’t seem to like eating elsewhere—also stands in stark contrast to to Ira and Kartik’s families’ connection with the Udupi eateries and the staple of medu vadas and filter coffee that become a part of all their conversations and gatherings.

Sketching the lives of its three main characters, the novel’s title symbolises not just the coming of age of its characters, but also of Bombay. It draws on the idea of Bombay vs Mumbai and post-liberalisation redevelopment, with the city shedding a layer of its architectural history that people like Ira and Kaiz held on to as a part of the romantic idea of Bombay.

Employing simple narration and vivid descriptions, Mahale brings Bombay alive for her readers, and her distinct characters and subtle satirical voice keeps you wanting more, as Ira, Kartik and Kaiz go on with their journeys, entwined by love and friendship.