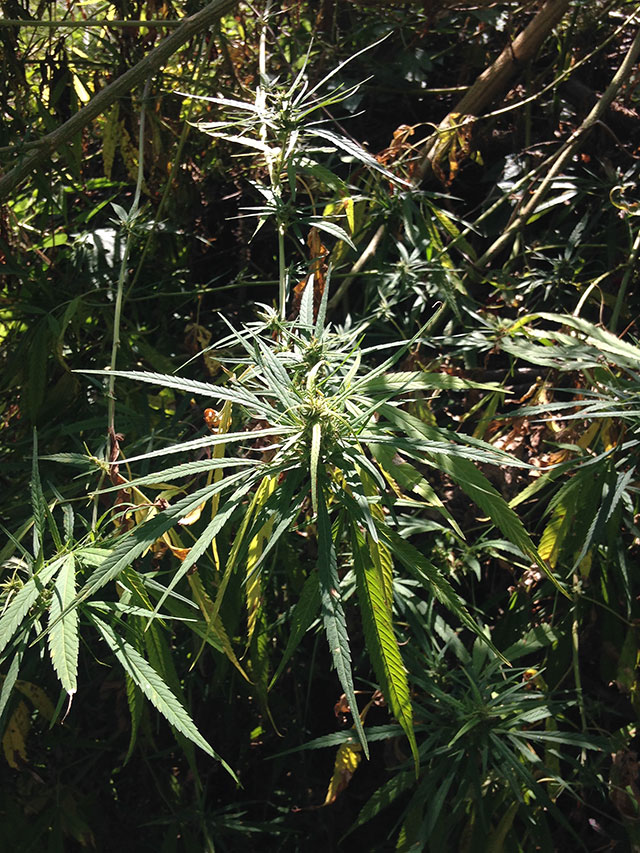 The Value of Morality

Because the leaves were turning yellow and the buds were sticky with resin, the plant was ready for picking. Tara went down her terraced land to where the bushes lay and hacked off their sinewy stems. It was easy work, but Tara was careful to not damage the buds, the most valuable part of the plant. She remembered the news she read recently, about a Frenchman who lived in a nearby village. He had gotten in trouble with the law, because he grew the charas in a greenhouse and sold it to other foreigners. The Frenchman fled and the blame of the whole operation now fell on the local landlord. Poor man, Tara thought as she carried the leafy bushes to her veranda, these outsiders do as they please and end up hurting us in the process. Sharmaji too, she concluded, was part of this detested category of outsiders that exploited and got away with it.

Tara’s sister-in-law waited on the veranda. As the women sat together, they picked the leaves off the branches, leaving only the tiny buds that now smelled ripe with intoxication. Because the leaves were turning yellow and the buds were sticky with resin, the plant was ready for picking. Photograph by Nikhil Gulati.

“Of course not,” Tara gasped. “How can you even say such a thing? Didn’t you hear what happened to the Franceesi?”

“I heard, I heard. You know, our grandmothers and their mothers used to smoke this openly.” She pressed her thumb and index fingers together, feeling the stickiness of the leaves.

“Just because the older women did it doesn’t mean we need to. I don’t want to be a bad influence on Shyama.”

“Shyama doesn’t have to know, does she.” And with that, Tara’s sister-in-law laughed heartily, while Tara clicked her tongue in disapproval.

A small, dark man with a stern mouth walked down the path onto the veranda.

“Aiye, Lakhanji, we were waiting for you only. Here.” Tara handed him a plate. Lakhan grabbed a chair, placed the plate on his lap, took one of the branches the women had stripped of its leaves so that only the buds remained on the naked wood, plucked them off, and rubbed them vigorously between his palms.

They continued thus, the three of them. Tara and her sister-in-law plucked the leaves off the stems and Lakhan rubbed the buds together until all that remained on his palms was a sticky coat of black. Squeezing his palms together, sliding them against each other with great pressure, Lakhan slowly pulled off the black resin in tiny rolls, which he pushed together into a larger, compact coil of black.

“Lakhanji, are your hands feeling the nasha yet,” Tara joked.

“Be careful now, if you make nice, dark rolls for me, I’ll give you a commission.”

“Mmm,” Lakhan replied, rolling the buds between his palms.

Tara’s sister-in-law looked up from her plucking. “Sister, he’s going to agree to everything you say. The man’s scared of you.”

“You blurt without thinking, it seems. He’s not scared of me. Are you, Lakhanji?”

“See? I told you. Sister, you can be intimidating, of course he’s going to say what you want to hear.”

“You know sister,” Tara said, “Lakhanji and I, we got married in the same month. Do you remember when you got married, Lakhanji?”

The women laughed some more.

“His wife is like me, only,” Tara said, “she keeps talking. And this one, he stays quiet.”

“You remember that Aghori baba that came last year? He was walking to the top of the world, he told me.”

Lakhan finished his smoke. “These Aghori babas are frauds.”

“Well, that may be,” Tara said, “but that man who came, he threatened to curse my home with black magic if I didn’t feed him, and I didn’t want to take any chances.”

“Sister, they do this black magic where they stick needles into a doll, and the part on the doll where the needle goes in, the same body part gets affected in the cursed person.”

“No, it’s true, I saw it on television. You should try it on Sharmaji.” Tara’s sister-in-law laughed.

“Television,” Lakhan said, “is the biggest fraud. Don’t believe everything you see.”

“Here,” Tara said, handing Lakhan a small coil of black she had rolled off her fingers, “your commission.”

He opened the thread of a fresh beedi, unraveled the leaf and its powdered content, burned the black coil with the flame of a matchstick until it crumbled into his open leaf, mixed the powder, and rolled the beedi back tightly.

“Crazy woman, at least go in the shade where others can’t see you.”

“What is this, sister? Men can smoke openly, but women have to hide? This is not fair. I thought you believed in fairness, Pradhan Madam.

“Crazy woman,” Tara nudged her sister-in-law, “someone will see you.”

Lakhan passed the beedi to Tara’s sister-in-law who, upon inhaling its contents, burst into a fit of coughs.

“Now I see why Lakhanji speaks so little,” she said after the coughing subsided, “I don’t feel like speaking only.”

The plucking was almost done and Tara collected the leaf matter into a single pile.

Lakhan smiled toothlessly. “It feels,” he said, “like I’m on top of the world.”

Tara turned to the toothless man, “Does it hurt? Do you smoke it a lot?”

“I used to,” he said, rubbing another coat of resin off his palms, “but I don’t do it so much anymore.”

Tara’s sister-in-law giggled. “Your wife would hit you if you did, eh?”

“Crazy woman, are you on top of the world now?”

“Sister, I’m always on top of the world.”