Rasmai, a word which directly translates to “that which is drenched in juice”, is a small village 28 kilometres from Mathura, Uttar Pradesh.

To me, Rasmai will always mean a haven, the venue for long summer holidays, rooms rich with the smell of ripening mangoes, lazy afternoons spent devouring Agatha Christies, and of course, long walks with my grandparents. This time I was visiting after more than a year. I had been hiding behind the excuse of adulthood and the associated lie of being ‘too busy’. I wondered if the dust-drenched piece of land that is Rasmai would still hold its charm over me. Rasmai could well be my own private Ramgarh, the perfect rustic backdrop to a lesser known Sholay. Here you will find the deadly family feud involving multiple murders, avenging one’s honour, wiping out an entire family, festering court trials, life imprisonment, and subsequent revenge. The warring sides, famous for their high standards of extreme treachery and debauchery, live in a house near the maidan—a wide expanse of land lying fallow because its owners are serving time in jail. The house itself is a yellow monstrosity, built more like a fort than a house. Its mean little windows, set high on the jaundiced walls, look like the filthy eyes of a wicked old man, peering upon us passersby with ill-concealed loathing. In those days of a carefree childhood, those windows were my fodder for nightmares. Over the years, the maidan has serviced the entire village in several ways. It is the undisputed cricket ground, a meadow for the shepherds, grazing grounds for a passing nomad’s vast herds, a place to dig up mud for free to put a lep (fresh coating) in the courtyard. or a venue for an impromptu meeting.

As I walked along the patri (mud track), I was passed by a man on a horse. Regal and straight-backed, he’d lost a son in the feud. That he was a distant relative of mine in the way that most of the village was somebody’s someone was too convoluted a thought for me to follow. Through the ugly family war, he’d managed to retain his love for horses and road bareback, sometimes at a canter, sometimes at a spirited trot. Further ahead, the buffaloes were walking back from their evening swim, their black backs glistening like polished leather, their bodies smelling of dung and milk, water and hay. A typical family ‘crest’ in Rasmai. The felines however look more like domestic cats than fearsome lions! Photograph by Chandni Singh.

Rasmai has had its share of mystery, adventure, and gossip. The young girl who was kidnapped and kept in a kothari in a mango orchard for a week. The lady who complained of acute pain after delivering a healthy child and was later discovered to have a scissor in her stomach, left behind by an absent-minded doctor. The man who bought his bride from Bengal, a practice made necessary because female infanticide had skewed the gender ratio to alarming figures. The bride subsequently ran away. The trend of a large number of homeless cattle chomping through the crops could be traced back to Rajasthan where their owners would abandon them once they were unproductive. The fungal disease that wiped away all the sheesham and babool trees a few years ago.

A little ahead I saw a cricket match in progress. Instead of a cloth ball, a tennis ball was being thrown. Some boys were even wearing elbow and wrist bands! Many wore track-pants with the familiar white stripes running along the sides of the legs—four instead of the usual three. Were the economic dividends of a ‘Shining India’ finally touching my Rasmai with gold-dusted fingers? The change was subtle but inescapable. I saw it in the newly installed pump sets. In the white Fiat Punto that whizzed past me, kicking up a dusty ruckus on a road where once bullock carts had been a luxury. In the tractors ploughing the dhencha (Sesbaina aculeata), a rich source of nitrogen and biomass for the upcoming demanding crop of potato. In the women and their fancy new nylon saris. Almost all had footwear now. And yet as the tube wells increased, the stories of a plummeting water table were louder. 180 feet now! The trees once lining the patri, that adorable grove of Bel trees where squirrels were always chattering, were there no longer. The village canal where we had once floated (and capsized) in our big red inflatable boat was a dry memory of its former self. Potato fields in all their lush glory. Photograph by Chandni Singh.

And yet there was more silver lining than cloud. For a village where electricity was unheard of, till a few years ago, the many televisions and D.V.D. players, refrigerators and even A.C.s (!) told a changing story. Everyone had a mobile phone now. Of course, they were used mostly for giving those very important things called ‘missed calls’. A private school had opened, complete with computer facilities. Yes, the kids are caned often but last year one child from the school topped the district. Potato cultivation had brought prosperity. Big companies like Pepsi, Haldiram’s, and Frito Lays were courting the farmers, eliminating the middle man, if only somewhat. M.N.R.E.G.A., the employment guarantee scheme was equally abhorred and adored. The dust still flew in torrid swirls every summer. Janamashthami was still celebrated with almost unsettling fervour in this land of Krishna. And small as these may seem, the more I travelled, the more I realised that these stories found resonance around rural India and were not as anecdotal as one would presume. As I was returning, S, my trusted canine partner, let out his characteristic wolverine howl at a passing stray. The pokhar (village pond) mirrored the evening sky—blushing an indecent orange as it prepared for another inky night. The smell of chulahs lighting up for the last meal was distinct. And I yearned for it to stay this way. I wanted to be blind to the impending changes. I wanted to cling on to the nostalgia of my childhood, a familiar landmark in the map of my life. I chided myself for being naïve and carried along. I knew only too well that spending a while with a villager almost always assures one that change is the only constant we all look forward to.

I got back home in time to meet the maid departing. Seeing me, her worn face broke into a smile. Closing the gate behind her, this 50-year-old who had never been out of the village, had always stayed in purdah in front of the men and did not utter a word in their presence, looked at me and said confidently, “Jiji, bye bye”. Not her usual Ram Ram but a long, if somewhat laboured bye! Then she laughed and walked away, her purpose of surprising me, elegantly fulfilled.

A version of this piece was published in an anthology called Celebrating India [Nivasini Publishers, ISBN 9784200006208].

‘Courting the Countryside’ is a column that peeps into Chandni’s travels across the Indian countryside and the stories she has found there. Her experiences range from her work with Pragya, an N.G.O. working toward sustainable and inclusive development of mountain communities, and her annual trips to her ancestral village near Mathura.
Chandni is doing her Ph.D. in rural livelihoods. She is most content in rural landscapes, where she escapes to travel. And learn. She writes here.
Filed Under: columns, courting the countryside, ramgarh, rasmai, travel
Tweet 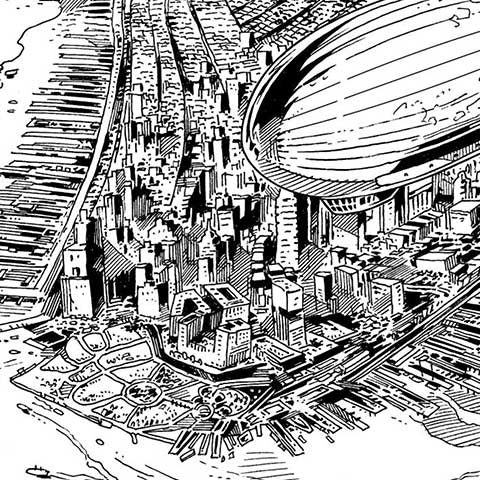