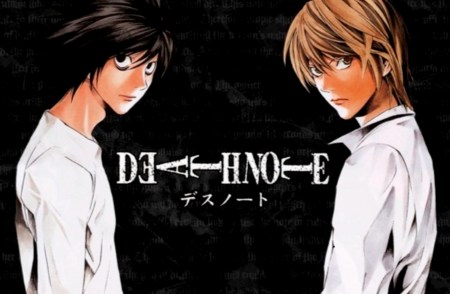 What is the one state of mind that dominates your day? I suspect it’s the same as mine: boredom.

There are a million things to do—articles to be written, clothes to be washed, meals to be cooked, and books to be read. If I tried I would find the time for everything. But I don’t. I have too many tabs opened to really engage with one thing and achieve it to my satisfaction. Tasks remain unfinished and I’m plagued by ennui. And I think that’s the same for a lot of us.

Boredom is evil. It can make us do strange things. It makes me eat too much junk and it makes my husband read too much Robert Jordan. In Death Note, a chain of events is set off, thanks to boredom. A bored God of Death—a Shinigami called Ryuk—drops his Death Note into the human world. This Death Note is then picked up by a bored teenager, Light Yagami. After which, obviously, nothing is ever the same again. The suspense is a huge part of what makes Death Note so intriguing.

But first things first. What is this Death Note that I have referred to, you might ask. I would suggest that you visit the Wikipedia page and find out all about it, but that page contains spoilers aplenty and you just might be tempted to read the whole entry. And then you won’t enjoy the show, which will really be a pity since surprises and twists are a huge part of the story.

Anyway, back to the question of what exactly is a Death Note. In the story, each Shinigami has a notebook. Each human whose name gets written in this notebook will die. However, this won’t have any effect unless the writer has the intended victim’s name and face clearly in mind. This is to ensure that any other people sharing the same name will remain unaffected.

So, Ryuk drops the notebook, Light picks it up and the two develop a weird sort of relationship, where the school boy keeps killing people and the Shinigami follows him around and offers some interesting observations, but they both realise they’re bound together by fate and are not really allies. The pace really picks up once a shadowy investigator named ‘L’ starts closing in on Light and a cat-and-mouse game ensues. It’s almost like watching a game of chess: the characters plot their moves with such foresight and deliberation that it leaves you breathless.

Of course, the suspense is a huge part of what makes this story so intriguing. But to go from good to great, it needs a little more, and Death Note has that ‘little more’. Like Dexter, this show too delves into the ambiguity of morality. Light is a genius and he’s only killing criminals (at least until investigators start sniffing at his heels). But it’s clear right from the beginning that there’s something deeply wrong about the way he thinks. He gets a massive following as ‘Kira’ (the Japanese pronunciation of the word ‘killer’) and that’s exactly what he wants, because he envisions a world without evil where he will be the new God. That, we know is wrong, but he also does kill a man who almost rapes a girl in public.

There’s also the question of identity—who are we, really, and what masks are we all hiding behind? ‘L’, for instance, is unknown to us initially, and then we see him and think we understand him, only to have all those notions crumble away halfway through the story. And it isn’t just about the name that ‘L’ uses or his reclusive nature. It goes so much deeper than that. I know this is perhaps the more interesting dilemma, but if I went deeper into this question, I might inadvertently reveal a little more than I should. So really, before I burst with excitement and spill the deets, watch this show. If you’ve never watched Japanese anime before, you should start with this one. It will be a thrilling experience.