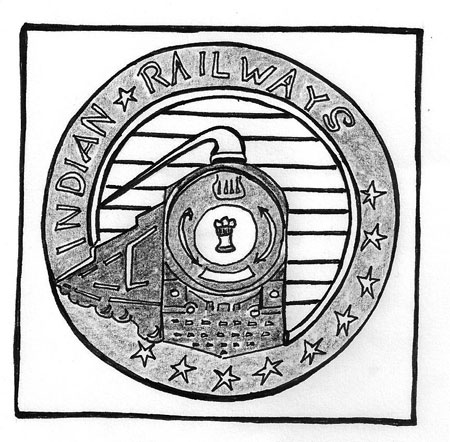 Uttarkashi isn’t likely to make the top ten lists of many tourists. It doesn’t offer much in the way of museums or ancient ruins or souvenirs.

The heart of town is the large open stadium—a combination of political rally venue/cricket ground/open bazaar/general crossroad. One side leads off to the post office, the banks, and other useful buildings, another to the labyrinthine marketplace. Temples and a sort of community hall flank the third, and a long line of vegetable stalls shield the fourth from traffic.

A stretch of two-lane tarmac runs all the way through town and serves as highway to other northern destinations. Ashrams dot the hillside all along this road; some clusters of rickety sheds, others prosperous and stately edifices. A bridge takes you across the river to the hills on the other side, where there are schools and farms and more houses. Our ashram in Ujeli was high up enough that we weren’t disturbed by the horns and dust of town, yet close enough that we could take the special waterside path down and be buying flour in 15 minutes. We travelled some weekends, but Ujeli was more than base camp. We worked a standard five-day week. The mornings were our favourite time. We’d wake up early, most days before the alarm sounded. Some days we’d go for a walk up any road that caught our fancy. Other days we’d go out to the terrace and sun like cats in the first light. We took the time to cook ourselves a hot breakfast every day, and brew lots of coffee that we’d take outside along with our books and papers to prepare the day’s classes. The milkman would have stopped by and given us the news from the village, the two-day-old newspaper would be on our porch and Sid would be barking madly at the birds Raghav fed each morning.

Our home wasn’t spartan. We had a bed, a gas stove, a kitchen sink, some shelves, some pots and pans. We didn’t have a refrigerator, television, music, or a computer. We had some books and our sketch pads, an occasional dinner with Mata, visits and chats with students outside of class, our lovably goofy puppy. It was plenty.

Each time we went down to the market we saw and learnt something new, like who really had the freshest coriander leaves and which post office counter was manned by the most patient polyglot. Some revelations were more solemn. One time as we walked down a lane to the umbrella repairman, we saw people from almost every house standing outside in silence, wood of varying length and thickness in their hands. A few houses further on we saw why; someone had died. The neighbours were waiting as per custom to join the funeral procession down to the ghats, each bringing a piece of wood to add to the pyre.

M was a natural with children, so those sessions almost planned themselves. Hugely excited by the thought that they could conquer the complicated language force-fed at school, they worked hard and blossomed like dormant bulbs in the spring. One unfortunately came over all spotty one day and we discovered that he had the chicken pox. He was quarantined at home much to his dismay but made it back to class before the end of the summer.

My kids were a lot older. So though the goal was the same—to make them feel more comfortable with language—it was trickier to get them to overcome years of inhibition. Then again, they were closer to my age, so it was easy to be silly together, relate to each other. We modified exercises to work for our group and created environments to suit our moods. By the end of our time together the most serious of my students were enjoying face paint and telling mime jokes like they knew no other kind.

We had a small party on our last day of class. We had gone to the bakery on the far side of the market and pre-ordered so that we’d have enough. Raghav, Mata, and all the others at the ashram joined us. We sat out in the sun and ate chips and cake and drank fizzy drinks and exchanged addresses. As we said goodbye, students pushed carefully wrapped packages into our hands. Framed pictures of Uttarkashi, flowers frozen in glass, little idols, farewell notes.

This ashram did not seem to exist so much for group prayer or community living, as to allow independent minds to be in a non- interfering space. It wasn’t ideal for anyone who wanted a regimented schedule of theology and ritual arranged for them; here nobody told you what to do with your time or your spirit. It wasn’t even a place to hang out with likeminded people—everyone was on their own clock and rarely spent any time together. But for all that, it did not feel like a cold or unfriendly place.

Some people go to the mountains to pray. Some to get away, forget, start over. M and I went because we’d always wanted to live in the mountains for a while. During our time there we found ways to share some of what we did in our regular lives with the community. I don’t know how much of it happened by design, but in the process we did get away, forget, start over. We did not spend time sitting in the temple in active prayer. We worked and we travelled and we left feeling rested. Maybe prayer can also mean being in a beautiful space and enjoying the moment.

It was 3.40 a.m. when the train pulled into Vasai Road for a five-minute halt. We had left Ujeli at 6 a.m. two days ago, taking a bus to Haridwar, the overnight train to Delhi, a cab from one city station to another, and a train to someplace else that passed by the outskirts of Bombay. I saw the Ticket Inspector hurrying down the platform towards our coach to make sure we hadn’t overslept. When he saw us heaving our bags down, he waved and got onto the coach nearest him. The train rolled out, slowly picking up speed. M and I crossed over to the platform from which we were to catch our local train home and waited for it to arrive.

Soft, unmoving bed, hot water on tap, no luggage. I even had a birthday thrown in for fun.

Three days like this, and then we were packing again, this time southward bound.