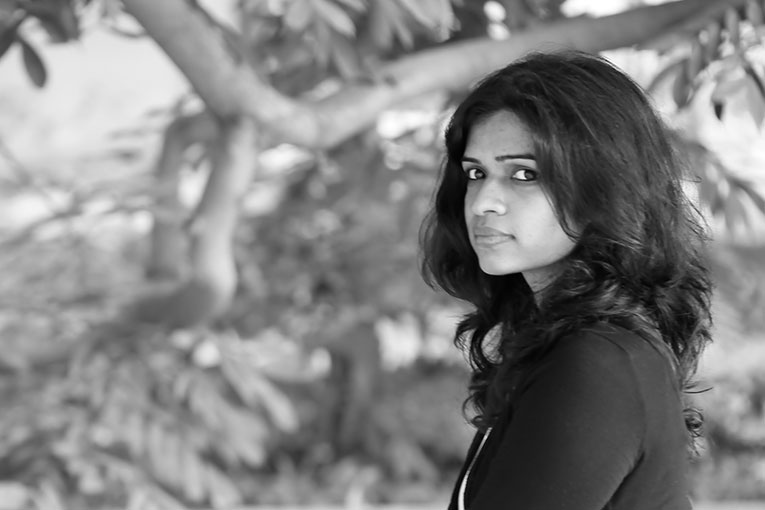 What started off as a parody of a popular Chetan Bhagat novel developed into the humorous story of Rishab and Deepika, a couple from two drastically different states of India who meet each other, fall in love, and get married, in the face of much opposition from their parents. Oddly enough, both sets of parents get along splendidly over time, but the couple falls out of love. Drama ensues when the couple seeks to get divorced.

Two Fates is author Judy Balan’s debut novel. She spoke to us in an exclusive interview about the book and her views on relationships and marriages in India. “My struggle has been entirely with life, not writing.”

Have there been significant changes to your day-to-day life after the release of your debut novel?
Well, I wrote the book more than a year-and-a-half ago and even managed to get myself a book deal within a couple of months of sending out the manuscript, but as a result of circumstances completely out of our control, the book which was supposed to be a mid-year release, got pushed to December [2011]. So yes, it’s been a long wait but well worth it! How does it feel? Ironically, I can’t quite find the right word to do justice to the feeling. Honestly, it feels like a Cinderella turnaround for me—from vegetating in my pyjamas and blogging about it, to not having time for a breather because of the book tour and other promotional events. I’m yet to keep up with the change of pace and master the juggling act but so far, it’s been glorious!

“It’s about time India realised that a marriage is about two individuals and not their families. I think it’s precisely this prehistoric mentality that often wrecks perfectly workable relationships in this country.”

Did you already have the idea for Two Fates in your head when you quit your advertising job to be a stay-at-home mom?
No way! Unlike what most authors might tell you, I didn’t ‘always know’ that I wanted to write books. I always imagined it was something mortals couldn’t attempt so while I loved writing and had a flair for it since childhood, I never did think I’d end up writing a book. In retrospect, it seems like a string of meaningful coincidences led me to write this particular book—I happened to be in Landmark one day, when I spotted the parody of Eat, Pray, Love by Elizabeth Gilbert. Since I was a big fan of Eat, Pray, Love, I picked up the book and then looked up the author. I learnt that the author of the parody had already sold movie rights for his book and I thought, ‘Wow, look at that! This guy rips off someone’s internationally best-selling plot, writes the inverse of it and ends up selling movie rights!’
I was reading Two States by Chetan Bhagat at that time, so I went back home and wrote a blog post saying how cool it would be if I wrote the parody of Two States. It was only a joke and I never actually intended to go through with it. But it so happened that I got a lot of responses to that post and some people even emailed me saying I should give it a shot, that there was an idea there. So I thought, why not? I wrote the prologue alone initially and circulated it among my friends and a few blog readers and when they lapped it up, I decided to try my hand at a full-length novel—as an experiment, mostly. I wrote it in two-and-a-half months and once done, I thought, why not send this to a few publishers! So I sent it to very few publishers who were accepting manuscripts online and voila—I signed the contract in a couple of months. So yes, the journey has been most serendipitous for me! That’s why when people ask me about my ‘struggle to get published’, I don’t know what to say—my struggle has been entirely with life, not writing. “Since I’m the kind of person who believes in having it all, I juggle.”

What sort of environment do you prefer writing in? Does being a single mom make it more difficult to find time to write and focus on your writing?
Ideally, I’d like a house on a hilltop overlooking a valley with just my laptop, a high-speed Internet connection, many cups of filter coffee and blueberry muffins for company. But this is life, not fiction—so I make do with a cluttered but cozy room and frequent interruptions, courtesy, the offspring. I don’t know if being a single mother makes it all that hard because I do have my parents who give me more than a hand at raising my daughter. I think being a parent in itself makes pursuing your dreams doubly challenging. Not impossible, just challenging. For instance, my book promos keep me away from my daughter and so when I get back, I have to choose between spending time with her and getting my next book written. Since I’m the kind of person who believes in having it all, I juggle. I’m not always good at it, but I know that both roles (being a parent and being a writer) are equally important to me.

You’ve mentioned on your blog that you don’t believe writing to be your calling and that you’re still on your way to finding it. Any idea what that might be?
Well, like I’ve said on the blog, I believe that a calling is a lot deeper than a hobby or a passion. Sometimes, I feel an all-consuming love for writing and I know it exists to kind of hold me together and keep me whole, but I think a calling is something that makes a real difference to the world around you. It’s not about you, it’s about the people you touch. Sure, you can make a difference by writing but I’d like to do more at some point. I don’t yet have a clear picture of what it is and I don’t want to say something in haste and sound like a fool, but hopefully someday, God willing, I’ll make myself more useful to the world around me.

You also write plays for entertainment collaborative Stray Factory. What is it that interests you most about writing for theatre?
I met Stray Factory through a contest conducted by Indiblogger for the ‘Great Indian Blogologues’—a novel attempt at extending the blogosphere onto the stage. Three of my blog posts were picked for that and staged as part of ‘Blogologues’. After that, we worked together again on the Short+Sweet Theatre Festival (one of my 10-minute plays The Catch made it into the festival) and another couple of my 10-minute plays were staged as part of Stray Factory’s ‘Shots’ in Coimbatore. I generally love dabbling in different mediums and theatre naturally was of interest because I wanted to try my hand at telling a story in 10 minutes. And since it’s a different medium, the rules change completely. It’s just not the same as writing a blog post or a full length novel! And that excites me. I love testing my skills across mediums.

Coming back to your book, how big a role do you think language, culture, and upbringing play in any relationship?
Well, they play a role, yes—if I’m with someone who does not get my ’90s references or did not grow up on the same books or T.V. shows, it can be immensely irritating. It’s shallow, but I think we all find it easier to relate to people who get where we come from—and I don’t mean geographically. With that said, however, I think people are essentially the same—we all have a bunch of lovable traits and a bunch of annoying traits that drive the people in our lives crazy. I guess, language, culture, and upbringing are only as important as you want them to be.

“I think we tend to limit ourselves and the possibilities open to us because we’re too afraid of such things as rejection and disappointment.”

How important is it for families of married couples to get along, especially in a country like India?
I don’t think it’s important at all. I’m a firm believer in marriage being about the couple as opposed to the families. I mean, come on, it’s challenging enough for two individuals coming from two completely different backgrounds to peacefully coexist. And you want to add two families to that equation? Stupid, stupid. If the families don’t get along, too bad. They could probably act civil around each other—if not friendly—suck it up, and deal with the fact that their kids are married and move on like grown-ups. If they don’t and choose to act petty (which is often the case), I think the couple shouldn’t indulge them by even taking notice. It’s about time India realised that a marriage is about two individuals and not their families. I think it’s precisely this prehistoric mentality that often wrecks perfectly workable relationships in this country.

You seem to be a big believer in always asking for more and not “settling”. Would you like to elaborate on that?
I think we tend to limit ourselves and the possibilities open to us because we’re too afraid of such things as rejection and disappointment. Having done that myself for the longest time and now in hindsight, I just think that it’s a sad and pointless way to live. Anything precious that life has to offer will come with risk, brokenness, and possibly, rejection, disappointment and the like. At least, that has been my experience. But the outcome always makes up for everything you’ve been through and the irony is that, you feel thankful for the very things that once broke you. So yes, every time I see someone who marries or holds on to a job for security and other fear-based reasons and calls it being ‘practical’, it makes me want to shake them into sense and tell them they can have so much more if they only believed and abandoned all for what they believed. I know it sounds idealistic and foolish but it’s the only way I know to live.

You’ve already been commissioned to write a second novel. Could you tell readers a little bit about that?
Well, yes, I’ve signed on the next book and I’m in the third chapter. I hope to get back to it as soon as the promo events are done with. It’s too early to divulge any details about the book but it’s going to be a lot like my blog in terms of style.

Do you have any Famous Last Words for our readers?
You’re not healthy if you’re not dreaming.

The Right Kind of Waiting