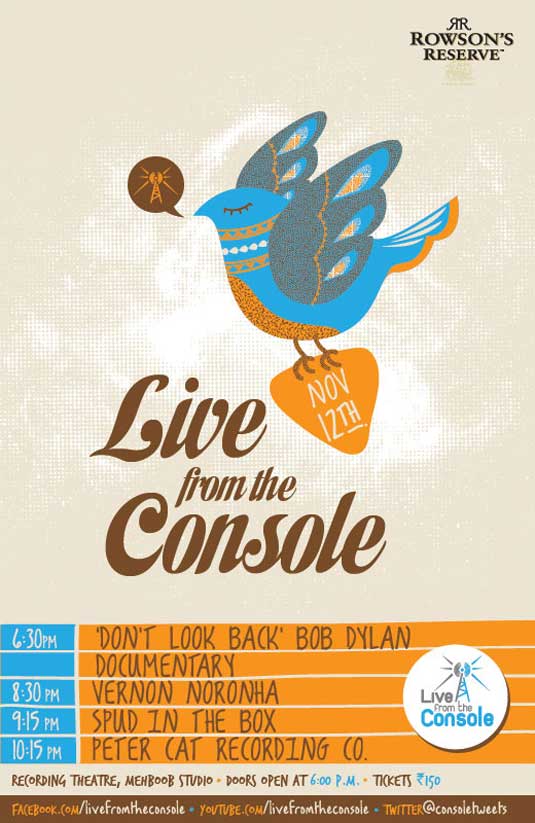 Live from the Console is a fresh live music initiative from Oranjuice Entertainment and Day 1, the independent music arm of Sony Music. The venture aims to give worthy independent artists in India a platform to showcase their talents in front of an audience consisting of fans and others who are a part of the music business in the country. The illustrious Mehboob Studio in Bombay is the venue for the Live from the Console series of performances, and the first three editions have featured prominent indie artists such as Bay Beat Collective, Tempo Tantrick, Airport, Blakc, Medusa, and the Mavyns. The fifth edition of the series is set to take place on November 12, 2011, and will feature Vernon Noronha, Spud in the Box, and Peter Cat Recording Company. The live acts will be preceded by a screening of the Don’t Look Back Bob Dylan documentary.

For more details, please visit the Live from the Console Facebook page.