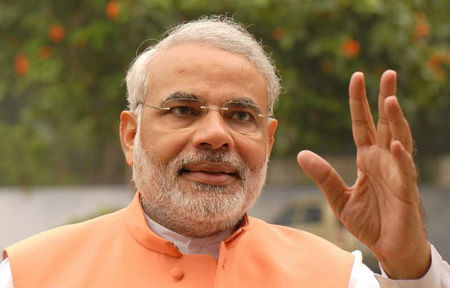 Having grown up in Gujarat during the ’90s, to me Gujarat always seemed as a backward state in the country. On trips to Mumbai, I would often marvel at the ‘skyscrapers’ (the tallest of which at the time was barely 40 storeys tall!) and wide roads, wondering when the same would come to Gujarat, if ever.

Throughout my childhood, I never heard much praise for Gujarat. While states like Kerala and Tamil Nadu boasted high literacy rates, Gujarat always seemed to lag behind. Let’s be clear, Gujarat was nothing like Bihar or Uttar Pradesh where lawlessness prevailed, but it was nothing special either. Today, of course, while the state’s largest city of Ahmedabad doesn’t look anything like Mumbai, or even Bangalore, the roads are considerably better and there’s 24-hours electricity! The state is definitely on the rise. High rates of industrialisation, massive improvements in infrastructure, and big ticket foreign firms coming in to Gujarat have greatly lifted Gujarat’s profile. Last month, The Economist said that so many things just seem to work in Gujarat that it’s hard to imagine that it is a part of India. Gujarat’s growth of 11-12% over the past few years has consistently outstripped that of India’s. It’s highways are cited by the World Bank as benchmarks for other developing nations and its land acquisition methods get lauded by the Supreme Court. In their discontent and frustration of our government, our people could very well turn to a leader they do not fully understand.

Ask anyone on the street what brought about this change and they will answer with the same name: Modi. Narendra Modi came into power as Chief Minister in 2001 when his predecessor resigned from the post and ever since then it seems as if this juggernaut of development and controversy simply cannot be stopped! His popularity seems to flourish at every election and has given rise to a huge cadre of Modi followers. Let’s be clear, despite the development and the riches he may have brought to the state, none of it washes away the role he played during the post-Godhra riots in 2002. And that’s where the real danger starts to seep in. Right now, Gujarat has a Chief Minister who ought to be loathed for what he did after Godhra, even if it was merely inaction—all that is necessary for evil to prevail is for good men to do nothing—but on the other hand he ought to be praised for his development work.

The scary thing is, apart from the press (Indian and foreign) and the academics, there is very little scorn for what Modi did in Gujarat amongst the common man. On the contrary, there are pockets of society within Gujarat that go so far as to praise him for his actions post-Godhra. This isn’t much of a problem in itself, history is full of examples where the majority have taken action, sometimes brutally, against a minority, but the response to the riots has been greatly in the favor of Modi and that could tell us a lot about where Modi is headed.

Just the other day I was a part of a dinner conversation where Modi’s chances of becoming Prime Minister were being considered. It’s not unimaginable, considering the support that Modi carries within the B.J.P. as well as the business community in India. But if Modi does become Prime Minister of India, what is there to stop him from declaring emergency rule? Curtailing the powers of Parliament, imposing martial law? There are a large number of checks and balances in our system which have proved time and time again the resilience of our system of government. And Modi crashed and burned last time the B.J.P. put his face on their campaigns in 2008. But it would be naive to believe that Modi doesn’t stand a chance of winning, and in all fairness he could go on to do a great job for the country—but at what cost?

From what I’ve seen, Modi is a master strategist who is almost obsessively dedicated to his role as Chief Minister and his leadership has created a cult-like following for the man. But with this rule has come a severe undermining of the democratic process in Gujarat; it is virtually void of opposition. Can Modi really crush the Congress at the Centre? Perhaps not. But with this autocratic style of rule that produces results, it isn’t far-fetched to believe that even his undemocratic methods might go on to be immensely popular with the masses who yearn not for democratic protocol but instead for a roof over their heads, running water, and for their children to be able to go to school.

In their discontent and frustration of our government, our people could very well turn to a leader they do not fully understand, a leader who produces results but demands his own means of achieving them—an enlightened despot, if you will. But the people should also remember that not too long ago a similar phenomenon occurred in Europe and they too turned to a leader who produced results but asked for a free reign. That man was Hitler.