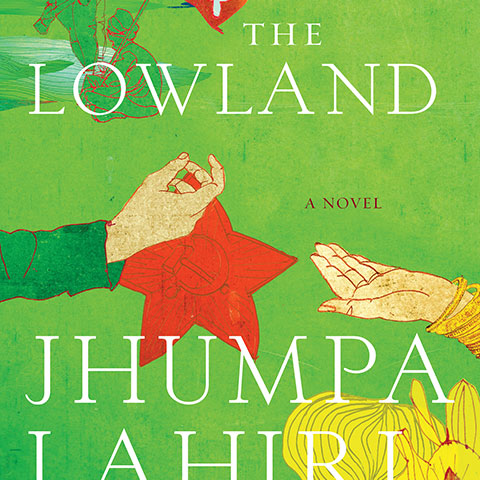 Gasoline Will Be Free

There are certain recurring themes in Jhumpa Lahiri’s stories that have come to be associated with her—the Bengali immigrant in unaccustomed landscapes, the solitary nature of academic life in America, an unshakable and intense melancholia that her characters seem to so willingly embrace themselves in, and the rich psychological tapestry that holds all these together, lending them a poignancy that can make for an overwhelming experience. The Lowland by Jhumpa Lahiri

In The Lowland, these themes are meant to meander through in a more expansive, sweeping story, spanning four generations. Subhash and Udayan are brothers, in post-independence Calcutta, separated only by a few months in age. If their closeness and likeness in physical features make them indistinguishable to the outside world, the polarity in their dispositions cleaves them apart. The characterisation of the brothers, while not supremely original or compelling, works, given the way their childhood is conceived and imagined. The situations they find themselves in are well crafted, intended to lay the foundations for the different but shared fates they will be tied to.

With this novel, Lahiri sets foot into the personal-political domain, as much of South Asian fiction has come to subsist on. The Naxalbari movement of the 1960s that took Bengal by storm shapes the historical-political aspect of the story. Parallels to the various revolutionary movements across the world at that point in time are drawn, a testimony to the post-colonial disillusionment and restlessness that defined these decades. However, the writer’s interest in these movements is tertiary; their descriptions sometimes bordering on academic-style documentation. It is her characters, wound in and crushingly impacted by these events, who give the movements some meaning.

As Udayan is brutally killed by the police for his complicity in the revolutionary movement, he leaves behind a widow, pregnant and insufferable for the brothers’ parents. It only seems natural for Subhash to marry her and whisk her away to a new land, in an act of love shaped by responsibility as much as sympathy. He hopes that she will begin a new life, free from the shackles of her past and find a way to love again.

Lahiri humanises political histories and personal-political lives that may easily be written out of books. In that sense, it is noble and a significant historiographical act. But in the context of the story itself, the political aspect feels contrived, except to set in motion a series of dysfunctional situations that create beleaguered and complex characters.

The author understands the immigrant instinct and its compulsions only too well. In the exquisite detailing of the topography of Calcutta and Rhode Island; in the autumn colours of New England like “vivid hues of cayenne and turmeric and ginger pounded fresh every morning” that arouse a deep nostalgia; in the political activism and anti-government sentiments in both the places; in substituted companionship—in these parts, The Lowland is a wistful and evocative portrayal of immigrant life. But it is also so much more; striking you at unsuspecting moments in its poignant capturing of a sudden heartbreaking awareness, in the subliminal passivity of the characters, bearing a hauntingly beautiful world.

The book’s strengths lie in creating these moments, intimate and at once universal. Yet the restrained prose so often spirals into an overwrought interior monologue that is painfully indistinct. Every thought and feeling is broken down, compared, and deconstructed. There is no individuation in the mental soliloquys of Gauri, Bela, or Subhash, the writer’s voice cutting through them all. The lack of necessary punctuation to highlight dialogues and the general paucity of dialogue itself only serves to reinforce the monotony of the singular voice.

The narrative moves spatially and temporally over two continents, a few cities, and seven decades. The psychological development of the characters, through all this, struts along the same graph despite their estranged lives. All of them, uniformly, are resigned to the very idea of happiness, till suddenly they decide to reach out—Bela decides to have a child, Subhash finds companionship, and Gauri, after many years, decides to seek out her daughter.

It is time and the demands of its expansiveness that dilute well-woven moments, making them seem repetitive and interjected. Huge time periods swathed in a few words, a few seconds stretched with mundane detail and tiresome emotion. It is ironic, though, that the notion of time itself receives a fair bit of philosophical deliberation in the story, as characters try to make sense of their lives. The revelation in the end, that comes wrapped as an exercise in the surreal, is all too predictable to lend any weight to the plot. But the novel is meant to be read for its real moments—for the dignity it infuses into debilitating grief, for the way it colours happiness in muted shades, for the silences that punctuate the difficult expression of untold love.