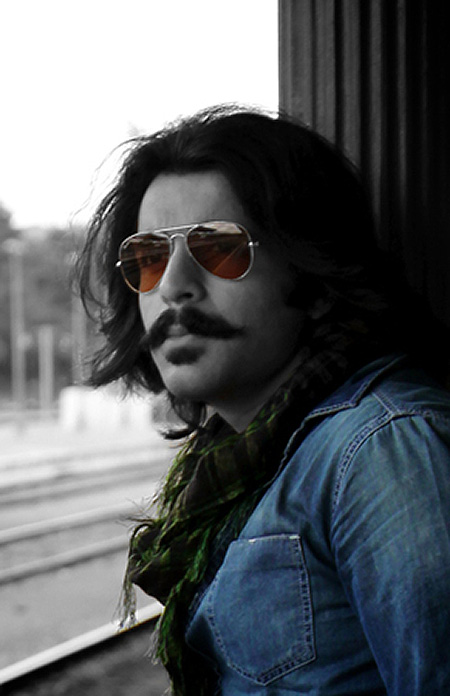 Author Girish Kohli gave up a full-time corporate job to become a writer: a gamble that has paid him serious dividends, as the success of his debut novel Marathon Baba proves. Kohli, who is “trained in the science of fitness”—and has unfortunately just fractured a leg—spoke to us about his multiple rejections by publishers, his literary influences, and who he sees as protagonist Karna in the movie version of Marathon Baba. “Marathon Baba is a tragedy with a happy ending.”

The inevitable question: how much of Marathon Baba is based on your own life?
Marathon Baba is not based on my life. It is only based on a desire that I realised I share with many others. The desire to run away from this ‘decay’ that everyone calls life. The character of Karna is my offshoot, no doubt. He is a mirror image of my beliefs, philosophies, and ethics, while Baba is pure imagination. Baba is the person that I felt someone like Karna can possibly become.

Reviewers have called it satirical, absurdist, and witty. How would you describe the book?
The reviewers have done their job. Thanks for asking me how I would describe my book. I would say it is angry, smart, and peaceful at the same time. It is a tragedy with a happy ending.

There are no overt references to religion or politics in this book, and yet it manages to poke holes in our beliefs about both. Was that always at the back of your mind while you were writing the book?
Nothing was intentional. It was all in the subconscious and it spilled out organically. I am not a great thinker, nor an intellectual or a philosopher. I am only a seeker, an explorer. I can never make comments on things I don’t understand, and I certainly don’t understand games like religion and politics.

You describe yourself as being formally trained in the ‘science of fitness’. How much of that is reflected in Marathon Baba?
Yeah, I used to train professionally in a gym until I had a major accident where I broke a lot of bones. A lot of that knowledge helped while writing the book. The scene where Karna resuscitates Inspector Saab is accurate only because I have learnt C.P.R. I have learnt about dramatic hormonal changes in the body due to excessive running. The injuries that Karna suffers from are those that a trainer must deal with while training his clients. My knowledge of fitness helped in my being accurate.

“I don’t care about the destination. Destinations move. Journeys are moving.”

You were once part of the rat race and held a position in the corporate world. After you quit that to start writing full-time, did you ever regret your decision? What would you say to other aspiring writers who’re thinking of quitting their uninspiring jobs to become full-time writers?
Quiting my job is the best decision I ever made. My only advice to others like me is to do what they feel is right and not listen to anyone else. All those who tell you that you can’t do something are ones who could never do it themselves. Show them the middle finger and do what inspires you. They will ask you: “why do you want to write?” Well, the answer is “that’s exactly what I want to find out” and that is why we write. The moment we know why we want to write is the moment we will stop writing. As the saying goes, “When everyone tells you not to do something, it means that you are doing the right thing.” Please note, I am not asking anyone to quit their jobs or quit writing. Everyone has different circumstances. All I want to say to writers is that you must write only when you know that it’s the only thing you can do. Could you describe your journey from unpublished writer of three novels to published author of one successful novel?
I love this question, because the journey is always more important than the destination. My first novel’s wordcount was 120,000 words. It was rejected by 17 publishers (agents included) and finally when it was approved, I rejected it. Reason? It took one year to finally get approved and within that year I realised that I have written bullshit. It was extremely ‘wannabe’. It wasn’t me. When I read it, it sounded like a story written by a thirty-five-year-old prince who had returned after teaching at Oxford University for years. It was boring. I loved the story but I hated the writer. This experience taught me to be honest and be confident about myself.
I rewrote the novel into a manuscript titled Junkies. It was the same story, but now it was only 50,000 words long and it was me. It was unique. I was confident that nobody would reject it, but it was rejected by six publishers. I realised that the world is not ready for this story and my style. I didn’t care. I was writing for myself. I wrote an 8,000 word novella called AHOY. It was an inspirational story but publishers had a problem with its length.
Again, I didn’t care. I wrote Marathon Baba in my own style and the first publisher I applied to was Fingerprint, and they approved it. My journey has been full of self-discovery, self-confidence and honesty. That journey still continues. I don’t care about the destination. Destinations move. Journeys are moving.

The frenetic pace and trippy scenarios of Marathon Baba reminded me of Beat literature classics like On the Road and Fear and Loathing in Las Vegas. Were these books influences for you? Who are your literary idols?
I havent read Fear and Loathing, and I read On The Road only after I wrote Marathon Baba. My literary idols are Veda Vyasa and Valmiki. The Hindu scriptures are unparalleled. I think Devdutt Patnaik is the best Indian contemporary writer. Even his work in fiction, The Pregnant King, is extraordinary. In films, I love the work of screenwriters Salim-Javed. Gabriel Garcia Márquez became a huge influence on my uninhibited style. Quentin Tarantino has also impressed upon me. I guess I draw from both literature and films.