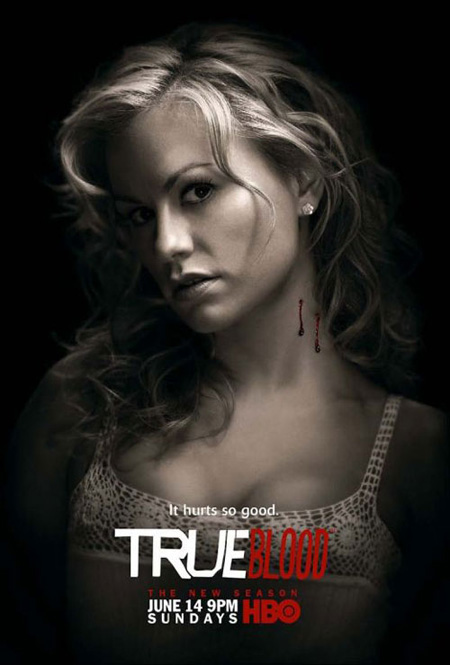 Brought up as we supernatural junkies are, on a diet of Anne Rice, Charlaine Harris and, more recently, Stephenie Meyer, it’s a little difficult to believe that screen vampires weren’t always the attractive and beddable types.

Watch Nosferatu, the 1922 German horror classic, and you’ll see vampires for the monsters they were originally imagined as. That waxy skin, those bat-like ears, and pointy teeth were the stuff of nightmares. Compare that to certain latter-day vampires: Tom Cruise and Brad Pitt from Interview with the Vampire, Robert Pattinson from Twilight, and Stephen Moyer and Alexander Skarsgard from True Blood. Each of these is a vision of beauty, from Cruise’s polished and lethal Lestat to Pattinson’s gooey-eyed Edward to Moyer’s brooding Bill Compton. When Charlaine Harris wrote the first of her Southern Vampire Mysteries more than a decade ago, the template for modern vampires had already been established by Anne Rice. It was that venerable lady of letter, writer of such classics as Interview with the Vampire and The Vampire Lestat, who first popularised the notion of vampires as ‘romantic’ monsters, whose fangs merely hide a deep existential crisis. It was poetic, the way she described their loneliness as they often stared down into a future bereft of much contact with other beings. Centuries of forced solitude, with nothing to alleviate their loneliness but books and music and art. Yes, Rice’s vampires were often great connoisseurs of beauty in any form, be it a stunning picture, a soaring aria, or a nubile young boy, and yet, it was a life of such poignancy. After all, who can truly understand the psychological ordeals of an undead being? Truly, a tragedy of almost Shakespearen proportions.

From there we crash landed onto Twilight territory, where the prose is about as uplifting as a furniture catalogue and the poignancy lies solely in the One Big Question of adolescence: will this vampire lay with this Human? Not to diss Meyer’s books or anything, but if there’s anything fresh that the writer added to vampire lore, I have missed it.

In between these two phases—the rise and fall of the Modern Vampire, we might call it—lie Harris’s books. The writer took a great risk with these books. Set in a small Louisiana town, Bon Temps, with its swamps and mosquitoes and crumbling buildings, the series plays up on Southern Gothic clichés. But the plot itself was bold. The Japanese have invented a synthetic substitute for blood, and this leads vampires to conclude that they no longer need to hunt humans. Ergo, they can “come out of the coffin”, as it were. Naturally, not everyone is thrilled about this, and with vampires lobbying for equal rights, the situation becomes very politically volatile. That is just the frame story. What the plots of the various novels really deal with is the question: what happens when a human falls in love with a vampire?

While the initial focus of the books was on vampires and their ‘coming out’ in the real world, more supernatural beings were eventually introduced: weres, faeries, maenads, and demons. It could have been very, very campy—as the later Rice novels became—but it escaped that trap simply because of a superlative lead character: Sookie Stackhouse.

Sookie is great for many reasons. She’s smart, sassy, and she is not afraid to speak her mind. She is brave and very loyal, and is a telepath. And just so you think she’s not Mary Sue, she’s also quite stubborn and can be wilfully blind when it comes to the people she loves or cares about. And on the show True Blood, as portrayed by Anna Paquin (with a southern accent so thick you can toast it and butter it), she’s just as adorable.

Unlike the books, however, on True Blood, we don’t see most of the action simply through Sookie’s eyes. There are other point-of-view characters, such as Jason, Sookie’s brother and town Casanova; Bill Compton; Sookie’s boss Sam Merlotte; and Tara Thornton, Sookie’s best friend and confidante. This has led to all the characters achieving a greater depth and history in the first few episodes of the show, unlike in the books where they take a couple of books to really take root in the reader’s mind. What this also means is that the show has created a more multi-layered approach to what would otherwise be a ludicrous plot, and has developed it into something that viewers end up caring about. It helps us ignore the patchy acting and the unnecessary nudity.

The best part about the show, however, is the montage for the opening credits. Contrasting images of sex, violence, and religion play out to ‘Bad Things’ by Jace Everett. It’s a complex title sequence, with themes such as redemption, forgiveness, the cycle of birth and death, corruption of human minds by sex and religion. These are all themes that are addressed by the show itself. Bon Temps is a place of great corruption, only thinly veiled by religiosity. Alcoholism is rampant, as is drug abuse. Churches perform baptisms as well as exorcisms. This is a place where most humans look suspiciously upon vampires and even denounce them as an abomination. And yet, this is also a place where some humans hunt and drain vampires of their blood, which is prized on the narcotics market. Somehow, the title sequence manages to bring out every shade of black and white that there is in the show. It’s a great beginning. And if you can keep up with all the gore and naked, white flesh that comes with most H.B.O. shows, you will enjoy True Blood. As for the vampires—you’ll learn to love them too.