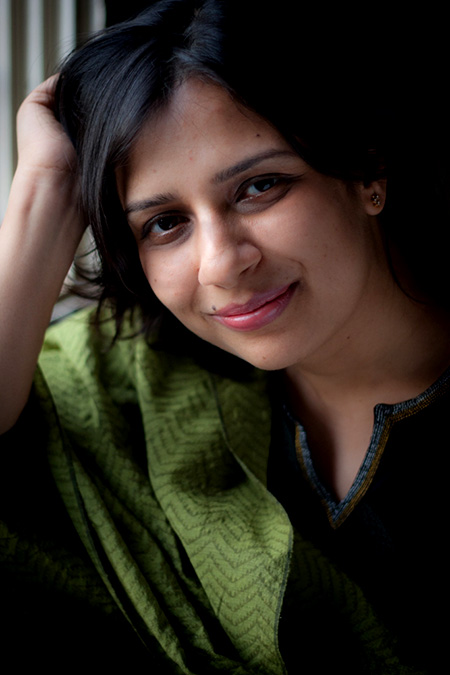 Despite having a successful career in banking as the head of marketing at H.S.B.C., Shoma Narayanan chose to pursue her dream of becoming a writer. On a whim, she decided to enter the Mills & Boon ‘Passions’ contest in 2010. Not only did her entry make it to the top three, but her book Monsoon Wedding Fever went on to become the first Mills & Boon novel written by an Indian author to be released globally. The author spoke to us about her debut novel and where she plans on taking her writing. Tell us a little about yourself.
I’m a banker by profession—I did an engineering degree and an M.B.A. before I got into banking. I live in Mumbai, I’m married and have two children. I’ve recently taken up writing semi-seriously; so I slog at my job during the day, and in the evenings and on weekends I bang away at my keyboard churning out stories.

Coming from a banking background, how did you get into writing?
I have always been interested in writing, but [before the novel] I hadn’t done more than scribble down a few short stories. A couple of them got published, and I thought, wow, maybe I should take some time out and do this a little more seriously.

What made you decide to enter the Mills & Boon ‘Passions’ contest? What did you expect to get out of it?
I entered the contest because it seemed like a fun thing to do. I’ve always enjoyed writing, and I’ve read Mills & Boon novels on and off ever since my school days. I don’t think I had any expectations from it. I was thrilled when I found myself placed as the second runner-up; even more thrilled when I got a shot at writing a book; and positively ecstatic when I found out that the book would be published.

How long did it take you to write your first novel? Can you take us through the creative process?
It took me around four months, I think, to complete the first draft, and then the revisions took another month or so. As this was my first book, I pretty much wrote what came to mind. I had a very clear picture in my head of the two lead characters, and I also had the basic theme in mind. After that, the story almost wrote itself. In Monsoon Wedding Fever, one of the characters, Riya, is quite headstrong and independent. Does she mirror you in any way?
To some extent. I’m very independent, but not headstrong (I think!). Riya is also more feisty and energetic than I am. Left to myself, I’d rather be vegetating in a corner with a book than rushing around doing stuff like Riya!

Now that you are a published Mills & Boon novelist, has that resulted in your colleagues treating you any differently? Do you think you run the risk of being taken less seriously at your day job?
My colleagues are definitely intrigued by my having published a book. No negative reactions, though—they’ve been very supportive, and I don’t think it’s affected the way we interact or work at all.

Was it difficult to stay true to the essence of Mills & Boon while adapting it to suit Indian sentiments?
No, not at all. The essence of a Mills & Boon [novel] is a love story told simply and well, and that transcends cultural boundaries. So my story has a modern Indian urban setting, and the hero and heroine are the kind of people you could run into in any Indian metro. One thing I had to be careful of however was not to use Indian references that would be incomprehensible to a global audience. In places where I was mentioning Indian customs/traditions, I was careful to explain them in context without breaking the flow of the story.

What’s next for you? Are there plans for more Mills & Boon novels or would you like to try something different?
More Mills & Boon books, definitely. As of right now I’m contracted to do four books for them, of which Monsoon Wedding Fever is the first. My second book is scheduled for release in January, and I’ve just completed the first draft of the third.